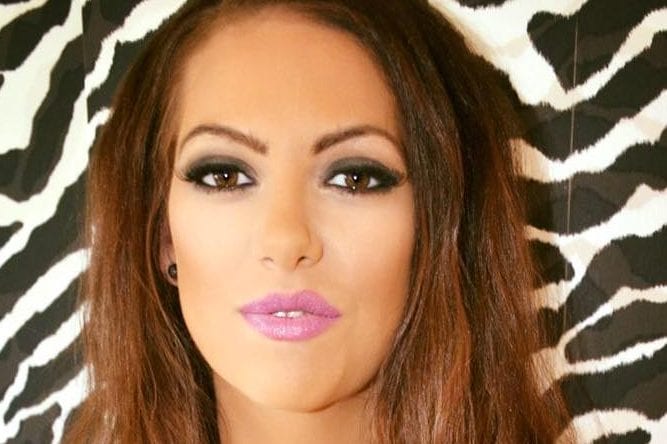 The funeral will take place on Saturday of the young Co Armagh mother-of-four who died after a road traffic collision last week.

Tanya Nesbitt passed away in the Royal Victoria Hospital on Tuesday evening, six days after the collision, which happened on the Gosford Road, at its junction with Killycarn Road at Markethill.

Tributes have been paid to the 31-year-old, whose death has sent shockwaves across the community.

Tanya has been described as a “beautiful girl” and “bubbly character” by a local make-up artist, who took the photograph of the young mum here after one of her regular sessions.

She said those appointments were “always filled with constant chatter and talk” of her three sons, Josh, Zac and Cody, and daughter Paige.

Tanya – who lived at Edenkennedy Way in Markethill – was engaged to Paul Conn.

Family and friends have been offering their support to her fiance and young family, as well as father Granville, mother Noeleen and brother Adam.

Friends and strangers alike have been expressing their shock, offering their condolences and paying tribute on social media.

One described her as “a beautiful girl inside and out”, while another said Tanya was “a lovely young lady who adored her children”.

A “beautiful girl taken too soon” and a “wonderful young lady”, the sentiments expressed and memories of Tanya are of someone who will leave a great void in the community, not least in the heart of her community and her family who will feel her passing most.

The funeral service on Saturday will take place at Markethill Elim Church at 1pm. A short and private family service will be held in the home before the cortege makes its way to the church.

Donations in lieu of flowers are being accepted for the Intensive Care Unit at the Royal Victoria Hospital where she passed away on Tuesday. These can be sent c/o R Warnock Funeral Director, 19 Forest Park, Markethill, BT601QS.

Police, meanwhile, have renewed their appeal for witnesses to the collision, which involved a silver Vauxhall Vectra car and a lorry and happened at around 4.30pm last Wednesday, October 26.

Constable Paula Hanna has asked anyone who witnessed the collision – or who was travelling in the area and has any information which may be of assistance to police – to contact the Collision Investigation Unit on 101, quoting reference number 837 26/10/16.

“My sincerest condolences go out to her family friends and indeed the wider community at this very difficult time,” he said. “An investigation is being carried out into what exactly happened, and I would urge anyone with information to help out with that, but for now our thoughts and prayers are with her family.”

“These tragedies are becoming all too familiar on our roads,” he said. “As we head onto the winter months I would urge people to show extra caution when driving.

“By all accounts Tanya was a beloved mother, partner, daughter and sister and was very popular in the local community.  I’m sure her loss will be deeply felt by everybody. My most sincere condolences go to all who knew her.”