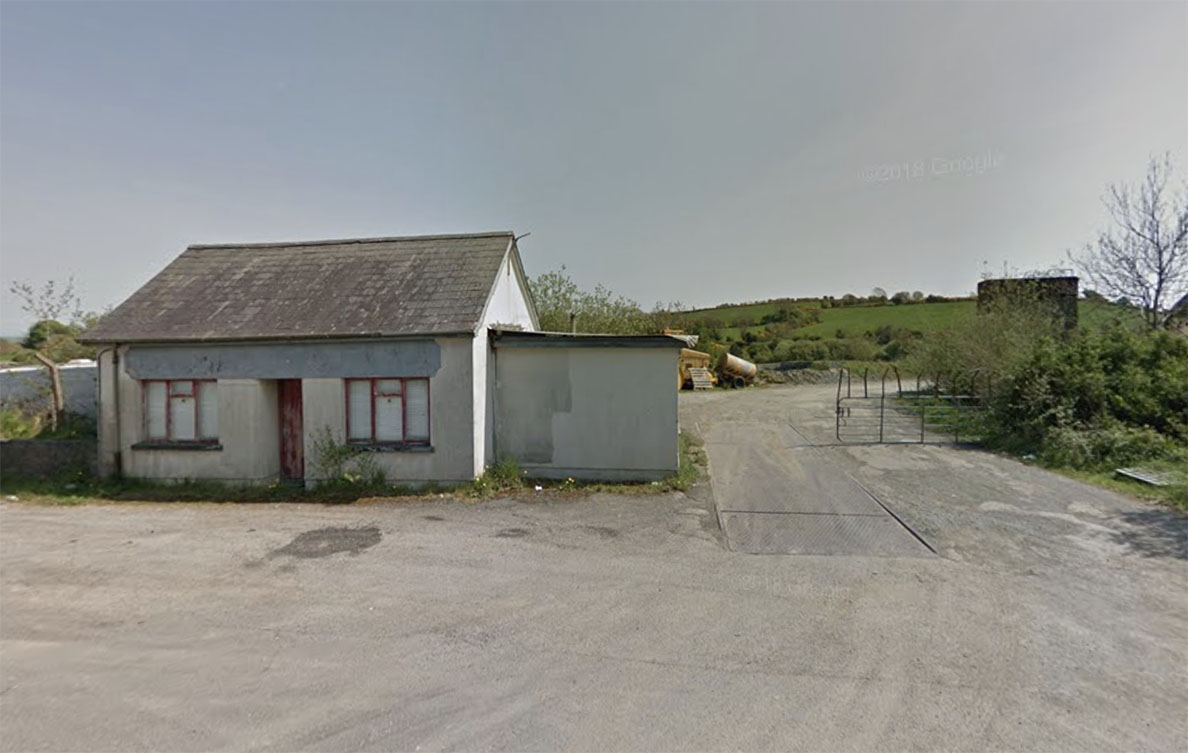 An ambitious proposal to fill in and make safe a flooded quarry at Markethill is to be recommended for approval this week.

The application for the site at Coolmillish Road was submitted in the summer of last year.

It is estimated it will take 15 years to carry out the work.

The proposal will go before Armagh City, Banbridge and Craigavon Borough Council’s planning committee with an opinion to grant planning permission.

As Armagh I revealed in August last year, the ultimate aim is to create land fit for future development.

Building industry supplier F McCone and Sons Ltd submitted the planning application for the work in relation to Coolmillish Quarry.

The Markethill-based applicant was seeking approval for “quarry restoration by way of inert material infilling and associated ancillary infrastructure/site works”.

The quarry in question has not been used for extraction since the 1990s.

The huge water-filled chasm is 25 metres deep at its centre.

To transport that, the operation would require 20 lorry loads of material being brought to the site each day, five days a week for the next 15 years!

That represents, in terms of volume, over 700,000 cubic metres of materials.

This would be ferried to the site in skips and tally about 200 cubic metres a day.

According to a transport assessment, the current access to the site from the Coolmillish Road is positioned in such a way that “visibility splays are limited”, by vegetation to the left and a dip to the right.

With 40 lorry movements a day expected – both in and out of the site – the proposal therefore includes a new access too.

A pre-application consultation event for this major undertaking was held in the Old Courthouse in Markethill in November 2018, with the applicant, members of the professional team – including architect and agent – there to answer questions from members of the public.

Those members of the public who did attend were supportive of the application to restore the land and fill in the now flooded quarry – around 25 metres down at its deepest point – as they felt it was “unsafe”.

It was explained that clay, bricks and concrete were among the materials which would be used to fill the quarry and the site – after planning approval would be given – would be regulated by the Northern Ireland Environment Agency.

The work will also require a site office and weighbridge and ‘quarantine’ area, dictated by NIEA.

Armagh I reported at the time how papers submitted to council explained the intended process.

They reveal: “Incoming material will firstly pass through the weighbridge/wheel-wash and will proceed for visual inspection and verification by the site operator before being directed to the respective fill area.

“In the unlikely event incoming loads contain any unauthorised waste material, it will be removed at this stage and placed in the quarantine area for collection and disposal off-site.

“Additional mobile plant will be used on site to move and grade the fill material.

“Once infilling is completed the site will be topsoiled and sown in grass.”

A nearby watercourse has historically received groundwater discharge from the quarry site and it has been proposed that this will be used during the ‘dewatering’, at a rate to be agreed NI Rivers Agency and NI Environment Agency.

The plan is to return the site to a “safe and alternative use”.

Hedgerows, which would have been there prior to the land being used to quarry, will be reinstated.

An access and design statement highlighted the final goal, as it concludes: “The proposal will take a former hard rock quarry and restore it to developable land with associated economic and employment benefits.”

Council’s planning officials have studied the proposals in depth and are satisfied that the work can go ahead.

That will be the recommendation to Wednesday’s planning committee when, of course, it will be up to councillors whether or not to accept and endorse that assertion.