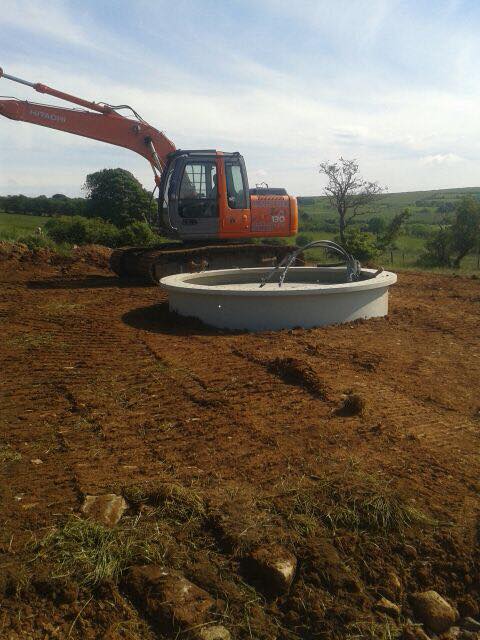 A large Hitachi digger was stolen and driven three fields before it was loaded onto a lorry and taken away.

The orange digger was stolen in the Markethill area under the cover of darkness last night.

The son of the owner contacted Armagh I appealing for the public’s help in returning his dad’s livelihood.

“It was my dads livelihood and I just can’t believe people can still do something like this,” said Mark Moore.

He  added:  ” The digger had its shutters as well as the kill switch was out but yet they still stole it, before driving it three fields and on to a lorry.

“We can only assume that but it’s the only vehicle capable of carrying such a large digger.

“I am hoping the public can share this appeal. t’s also got a black bracket on the dipper arm. There’s not many with it, so it would stand out even if they take are name off the side.”

He told Armagh I: “This was a really audacious theft with criminals driving the digger a considerable distance in order to load it onto a suitable transporter.

“It is a shocking act and it has caused great concern for the owner as they have been left without this machinery which is their livelihood.

“I would appeal to anyone in the vicinity who may have seen anything suspicious to contact the PSNI immediately and assist with their inquiries.

“Rural crime continues to be a source of great concern for local people following the theft of machinery and vehicles in recent weeks and I will again be liaising with local police on these important issues.”