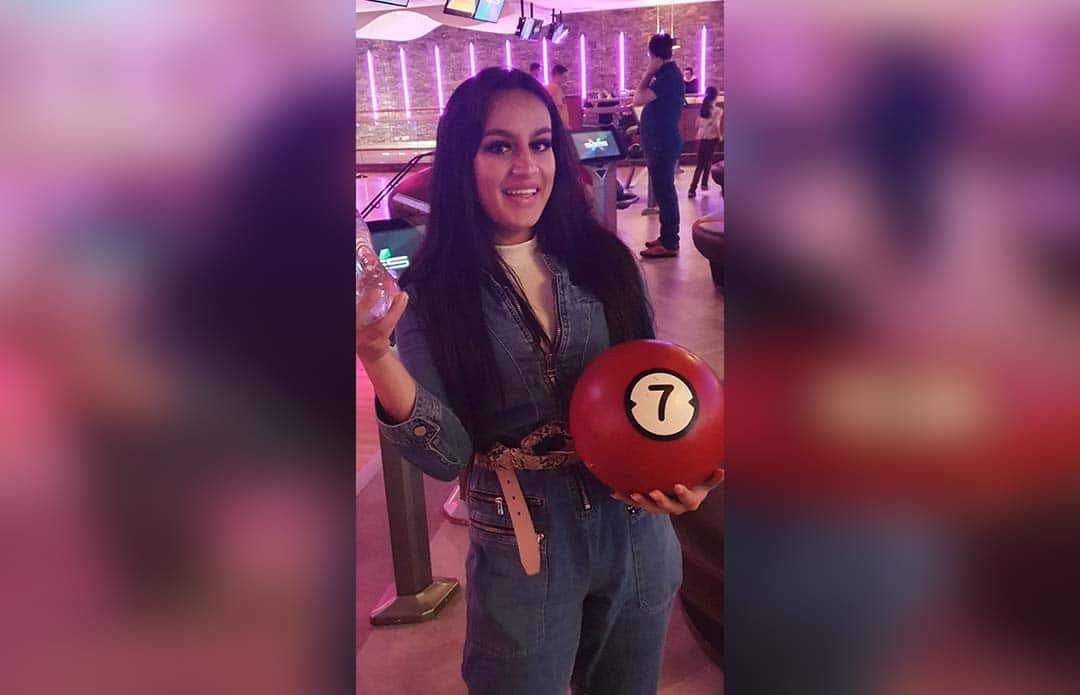 The family of Rachael Lowry – who died after a road traffic collision on Thursday – have spoken of their devastation at the loss of their “beautiful” girl.

And they have thanked the paramedics and emergency services who gave assistance at the scene to the 17-year-old girl.

Rachael’s funeral will take place this Sunday afternoon, leaving her home at Redrock Road, Collone, at 2pm. Friends will have the opportunity to pay their respects along the route, whilst maintaining social distancing, as the cortege makes its way to Mountnorris Presbyterian Church.

Rachael is the much-loved daughter of Kenneth and the late Louise, and a dearly loved granddaughter of Sydney and Sheila, and niece of Leeann, Linda, Stephen and Ivan, and cousin of Kyle.

In a statement, the members of the Lowry family expressed their heartfelt grief at the tragic and sudden loss of Rachael, who was “especially special to the entire family circle”.

They said: “Rachael had grown into a beautiful young 17 year old girl with great gifts in music and creativity.

“With excellent GCSE results this year and beginning a Health and Social Care course at the SRC in Armagh, Rachael had a bright future ahead of her however the family’s joy in Rachael’s achievements were turned into tears of overwhelming grief yesterday afternoon.

“The family would like to express their sincerest thanks to PSNI, Air Ambulance and neighbours at the scene who all cared for Rachael.

“The family would request privacy as they mourn Rachael’s passing and try to come to terms with such a great loss to their family that will affect every part of their lives.”

The principal of Markethill High School, where Rachael had been a pupil, said the school community was “deeply saddened”.

And Colin Berry said ther thoughts and prayers are with the Lowry family at this extremely sad time.

He added: “Rachael was a very popular and well-liked member of the school community who demonstrated a genuine talent towards the creative aspects of school life.

“She left our school in June 2020 with an excellent set of GCSE results, ready to embrace the next step of her educational pathway.

“Rachael particularly loved her vocational studies at SRC, especially the hair and beauty modules; and outside of school, she was extremely talented and successful within the world of Pipe Bands, namely as a Drum Major.

“I have no doubt in my mind that Rachael had a great future ahead of her and she will be remembered with great fondness by the entire school community.

“Our heartfelt sympathies to Rachael’s family and friends at this difficult time.”

Meanwhile, police investigating the circumstances of the crash, which happened on the Coolmillish Road at around lunchtime on Thursday, continue to appeal for witnesses or anyone who may have captured dash-cam footage to please get in touch by calling 101, quoting reference 833 24/09/20.