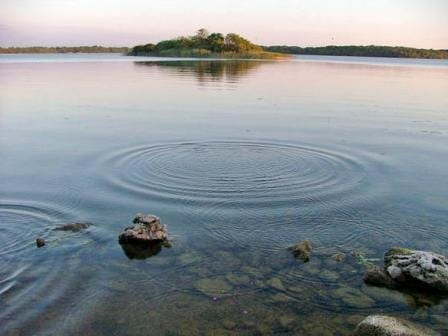 A borrowed boat which sank in County Westmeath in March last year – resulting in the tragic deaths of two County Armagh fishermen – had holes in it.

Details of an official report into the tragedy at Lough Ree in March 2014, have been released today (Wednesday) by the Marine Casualty Investigation Board in Dublin.

Two members of the Portadown Pikers Club – 30-yer-old Daryl Burke, from Portadown, and his friend, David Warnock (27), who lived at Richhill, were in the boat which had been borrowed.

The 44-page report explains how, on Thursday, March 20, 2014 a party of six travelled from Portadown to Hodson Bay in Co Roscommon to go fishing on Lough Ree, with two boats and an extensive set of camping equipment.

Upon arrival, the group split into two, with four members of the party setting off in two boats travelling northeast in search of a suitable camping ground. The remaining two members stayed behind.

After finding a campsite, one boat carrying a single person returned to collect the remaining two party members.

Shortly afterwards, the alarm was raised and the RNLI subsequently recovered two men from the water.

After an extensive search of the lake, the boat was recovered on Tuesday, April 2014.

Five days later, on Sunday, April 6, after extensive searches, Daryl Burke was found close to where the boat had been recovered.

Today’s report reveals that the boat had been borrowed. After it reached the surface, the vessel was bailed and re-floated, before being towed to Athlone Sailing Club, where it was craned out and brought by flatbed truck to Garda storage in Athlone.

The report states: “The hull was found to have no significant damage that could explain the vessel sinking.

“The drain hole in the transom was fitted with a bung, which appeared to make a good seal. The bung was removed to allow the boat to drain fully.

“The boat was found to have three other drain holes for removing water, the under floor/side void space, the inner hull and forward compartment. None of the bungs for these drain holes were present.

“The floor (sole) of the boat was found to be weak and it deflected under weight of foot.

“The hull deck joint was found to be in poor condition.

“Several large drill holes were found on the inside of the gunwale. The transom was found to have been previously damaged and poorly repaired.

“It had several holes in it, possibly as a result of fitting different types of outboard brackets over the lifetime of the vessel. The lowest of these holes was found to be approximately 240 mm below the gunwale height.”