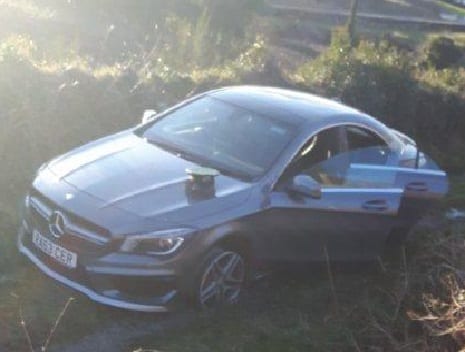 A stolen Mercedes was abandoned in a rural county Armagh road with the driver making off through the fields.

Details of the car were shared with all patrols and the car was stung a short time later before driving on to the A1.

Police subsequently found the car abandoned on Barracric Road. It was reported that the male driver had made off across fields.

Police discovered that the car had false registration plates and, after liaison with their colleagues in An Garda Siochana, determined that the vehicle had been stolen during a creeper burglary in Malahide, Dublin on Friday, 25 March.

Police are appealing to anyone who has information in relation to this incident to contact them in Newry on 101, quoting ref: 900 280316.