Man being quizzed on serious crimes 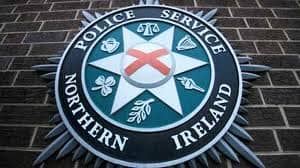 DETECTIVES have arrested a 31-year-old man in relation to a string of burglary and other offences.

The man was arrested in the Portadown area shortly before midnight last night (Monday).

The offences he is being questioned about date from May of last year and include attempted burglary, burglary, car theft, threats to kill and aggravated vehicle taking. The most recent – attempted burglary at Old Clare Road in Tandragee – was on Sunday past, January 13.

The incidents stretch across a number of counties in Northern Ireland and over the border, including Newry, Ballygawley, Omagh, Hilltown, Strabane, Loughgilly, Mayobridge, Tandragee and Monaghan.

A PSNI spokeswoman said this afternoon (Tuesday): “The man is currently assisting police with their enquiries.”