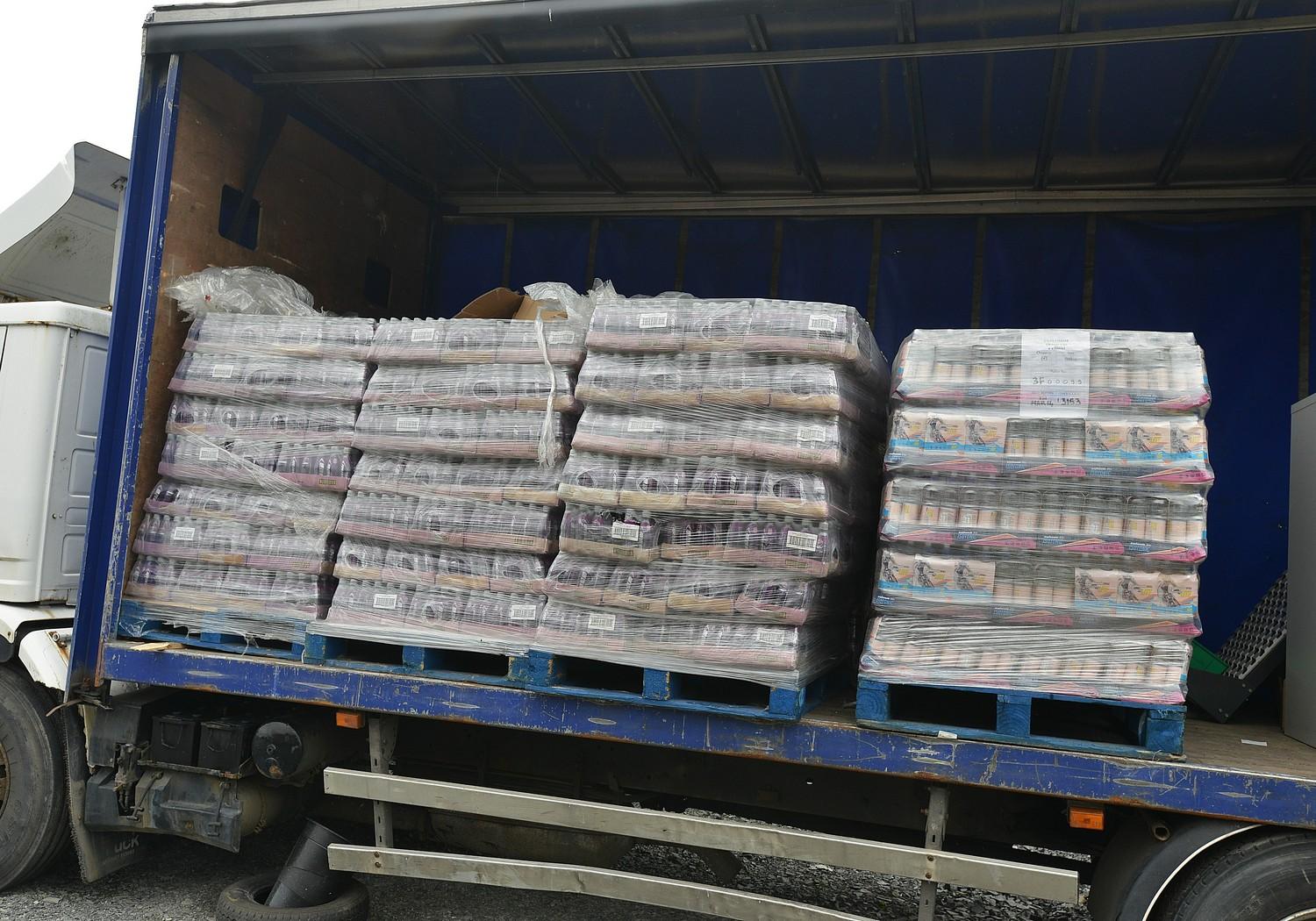 A man has been arrested after detectives uncovered a two lorries containing a huge supply of bottled drinks.

The 54-year-old man was arrested by detectives from Reactive and Organised Crime just off the Armagh Road leading into the city earlier yesterday.

PSNI, in conjunction with the Food Standards Agency and the Northern Ireland Environment Agency, conducted searches of premises on Derrybeg Lane. Two 40ft trailers and a large quantity of bottled drinks were seized.