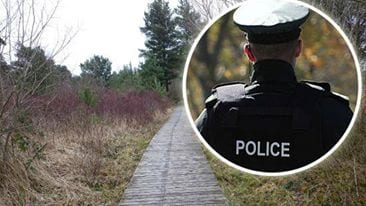 A 23-year-old man has been charged with the rape of a woman in Peatlands Park on Wednesday afternoon.

The woman was attacked while walking her dog on an isolated path in the park, on the Armagh/Tyrone border.

The incident happened around 2.45pm.

The area is known for being popular with families.

The 23-year-old is expected to appear in Omagh court on Monday, May 2.