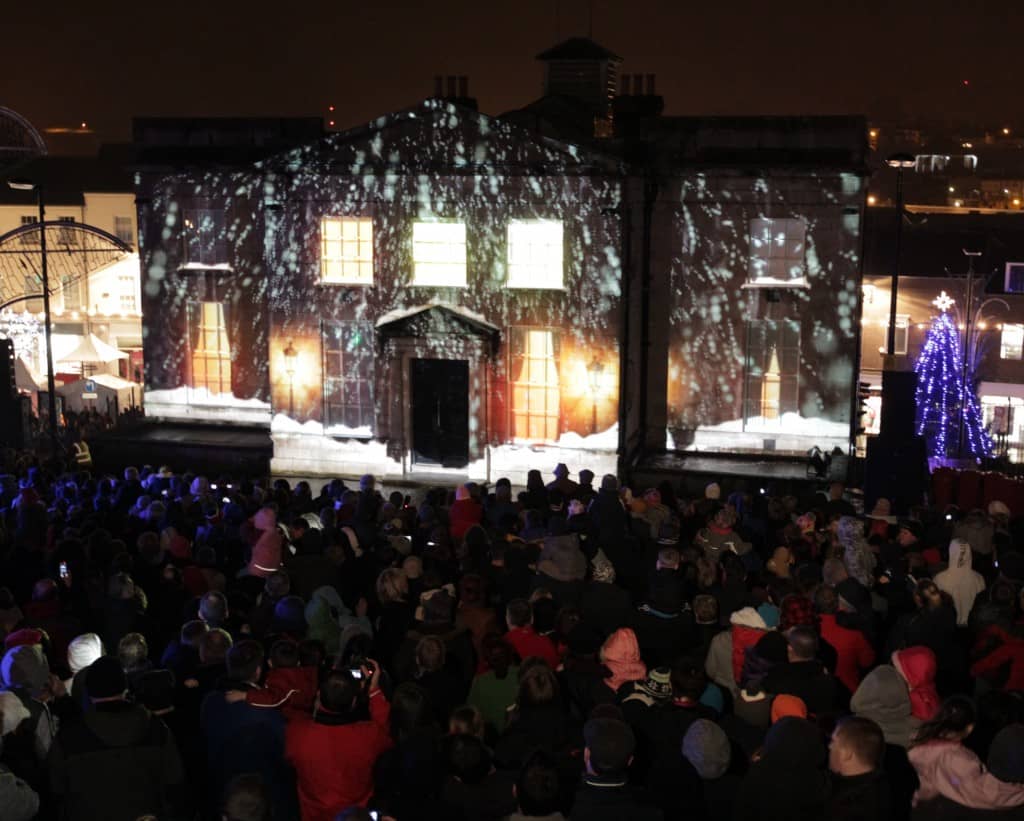 Thousands flock to Armagh for popular cultural events such as St Patrick’s Day, the 7 Hills Blues Fest and Georgian Day but all that could be a thing of the past as major arterial funding has been slashed.

Armagh, which last year benefitted from £100,000 in tourism funding, will no longer be able to rely on that stream of cash after the NI Executive opted to cut it from their budget.

The Government and NI Tourism Board have axed funding for 2015, meaning events like St Patrick’s Day, Georgian Day and 7 Hills Blues Festival are all in jeopardy.

The Council will no longer be able to apply for that funding.

Independent Unionist councillor Paul Berry, speaking to Armagh I, said: “Following the current Stormont Budget Crisis I am shocked to learn how this will have a real negative impact on Armagh City & District Council tourism events.

“Popular events like Tandragee 100, Georgian Day and St Patricks Day which brings thousands of people to the District have all been affected by this charade at Stormont and it is vitally important that we as a Council meet urgently the relevant Ministers to raise our serious concerns on the possible impact of reduction in funding towards these popular events.”

City Sein Fein councillor Garath Keating told Armagh I that he is extremely disappointed with the decision.

“Whilst we appreciate the very difficult financial circumstances that are presently permeating all matters of public expenditure, the decision to date to withhold this key funding places a degree of uncertainty on the viability of many of the regions much enjoyed events.

“Such funding has in the past been a major resource in the organising of some of our most successful events locally such as the St Patrick’s Day Festival, Georgian Day and the 7 Hills Blues Festival. It would certainly be a huge blow if the future viability of such events was put into any jeopardy.

“The returns for the local economy from these events far outweigh the financial assistance that they receive to help organise. It would be a very false economy to withhold funding which is a pivotal stimulus for economic activity and growth in our local economies.”

He added: “Events such as these play a massive part in enhancing the quality of life for many people across the region. That vital funding for these projects is apparently not available is yet further evidence of the under resourcing of the North by a Tory led government which drastically undervalues the importance of such events to local communities.

“Sinn Féin certainly hopes that the current decision not to open the fund for applications can be reviewed in the context of upcoming budgetary negotiations and locally we will be working extremely hard to try and ensure that our key events programme proceeds.”
Armagh I contacted SDLP councillor Thomas O’Hanlon on Friday. He subsequently released this statement:

“The decision by the Stormont Executive and the Tourist Board to axe the Events Funding programme for 2015/2016 will have very serious consequences for many of the Council’s key events and I want to see both Armagh City and District Council and its successor in the new Armagh, Banbridge and Craigavon Council take urgent action to ensure the future viability of those events is not put in jeopardy.

“This week, completely out of the blue, the Northern Ireland Tourist Board announced that it would not be opening its annual Event Funding Programme for 2015/2016 and this will have serious consequences for many events in Armagh. Last year the Council secured £30,000 from the fund and this year that increased to £78,000 with £24,000 for the Seven Hills Blues Festival which took place in August, £24,000 for Georgian Day and £30,000 for St Patrick’s Day in March 2015; for this fund to be just withdrawn will mean a radical rethink to the events programme across the north and especially here in Armagh.

“Over recent years the Council have put a considerable amount of time and effort into building up the events programme in the City. I firmly believe those events have strong support within the community, from both residents and traders alike. They have helped breath live into our city centre and we have developed a reputation for running quality and family friendly events. These events bring with them a huge economic benefit; just ask those involved in the hospitality and commercial sectors in the city.

“Stormont is in crises as the Executive stumbles from one disagreement to the next and yet it is front line services, local communities and the local economy which suffer. Time and time again we are told that local and region events are key to our economic recovery and then the next action taken is to slash funding available to event organisers to host such events.

“St Patrick’s Day and Georgian Day are key events in our tourism and economic calendar as is the Seven Hill’s Blues Festival and other festivals organised by the community and voluntary sector. These events consistently bring thousands of people into the city, they fill our hotels, pubs and restaurants; they put money in the tills of local shops; we cannot allow the squabbling at Stormont put all this in doubt.

“The Tourist Board have given an early indication that the money will not be available from April going forward and I want both Armagh City and District Council and its successor in the new Armagh, Banbridge and Craigavon Council to ensure that there is no shadow of a doubt over the future of these events. This decision will not impact on this year’s Georgian Day nor will this funding have an impact on the St Patrick’s Day Festival next year, but we need to work now to ensure that the events during 2015/2016.

“I have asked that Council Officers get clarity in relation to the future of this funding package and want to see a cross party effort in council to have this funding restored. I have also raised the issue with the Chief Executive of the new Armagh, Banbridge and Craigavon Council and have asked that it be placed on the agenda for discussion. We cannot allow this decision to put the future of these events in doubt, they must happen and we need to ensure they continue to grow.”