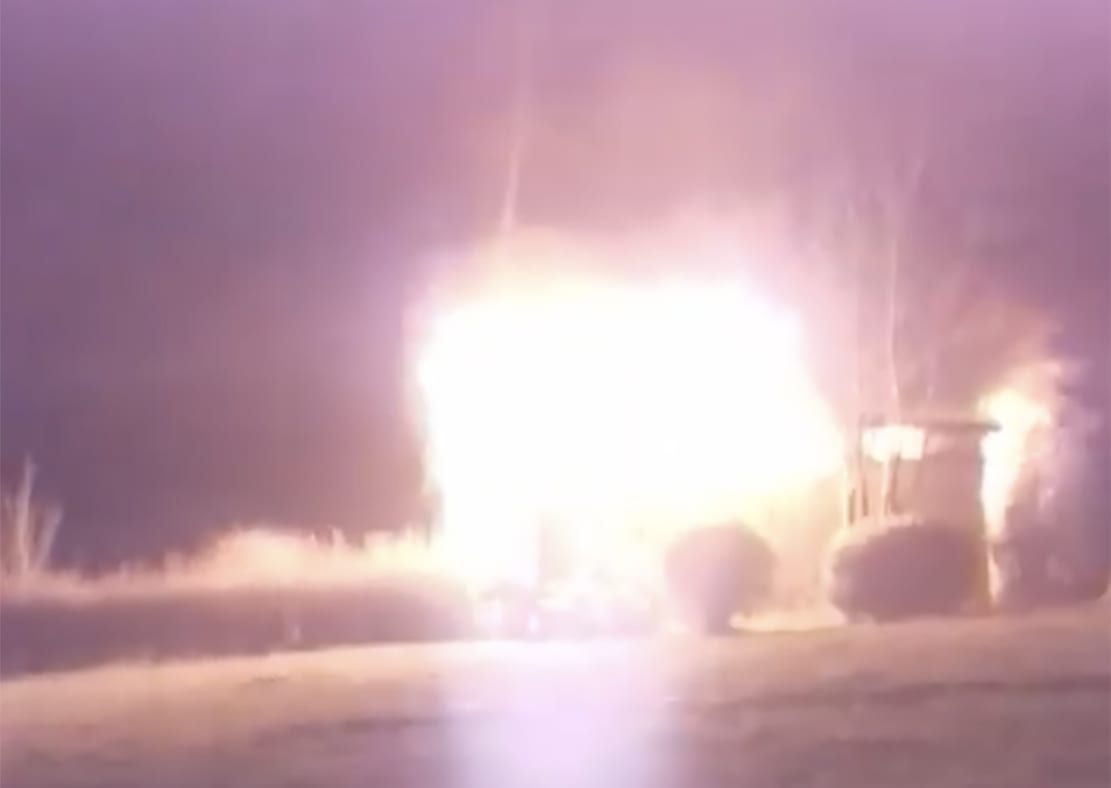 This video shows the sheer scale of the blaze at a former High School in Co Armagh on Saturday night.

The dramatic images were caught on camera by Pearse Toman as the former St Michael’s Grammar School, Lurgan went up in flames.

Smoke billowed as firefighters tackled the inferno on the Cornakinnegar Road for a number of hours last night.

Posting on Twitter, she said: “Disgraceful, wanton vandalism at the site of the former St. Michael’s Senior High School.”

St Michael’s Grammar School closed in June 2015 but the vacant site will form part of a new multi-million pound campus for St Ronan’s College over the next few years.

Police are investigating the cause of the fire.