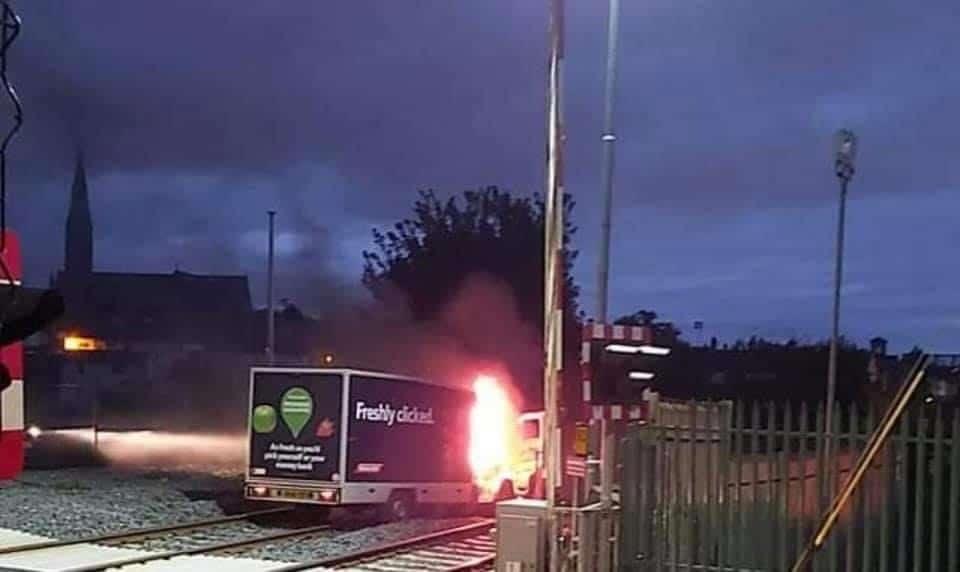 Tesco have cancelled home deliveries in the north Lurgan area for seven days after one of their vans was hijacked and set alight on Sunday night.

It came on a day of violent disturbances in the town, which saw police attacked with petrol bombs, a hoax bomb alert, as well as the discovery of a heavy duty weapon in Lord Lurgan Park.

The disruption was met with widespread condemnation across the political spectrum.

However, the sinister hijacking of a Tesco van has left some of the leading supermarkets in the town imposing restrictions and in some cases, outright bans on deliveries.

Asda say there will be no deliveries in the area after 5pm for up to a week, while Sainsburys will be delivering between 12pm and 3pm.

Iceland says it is service as normal but will be contacting customers prior to drop-off.

Tesco said they will review the situation in a week’s time.

Sinn Fein Councillor Keith Haughian said this news will have a major impact on many people in the area.

“This is sad news and bound to have a negative impact on families and our most vulnerable,” he said.

“Once again I call on those behind the anti-social disorder to explain to the community why they have done this.”

He also urged members of the public to contact the company directly to see if alternatives can be arranged.