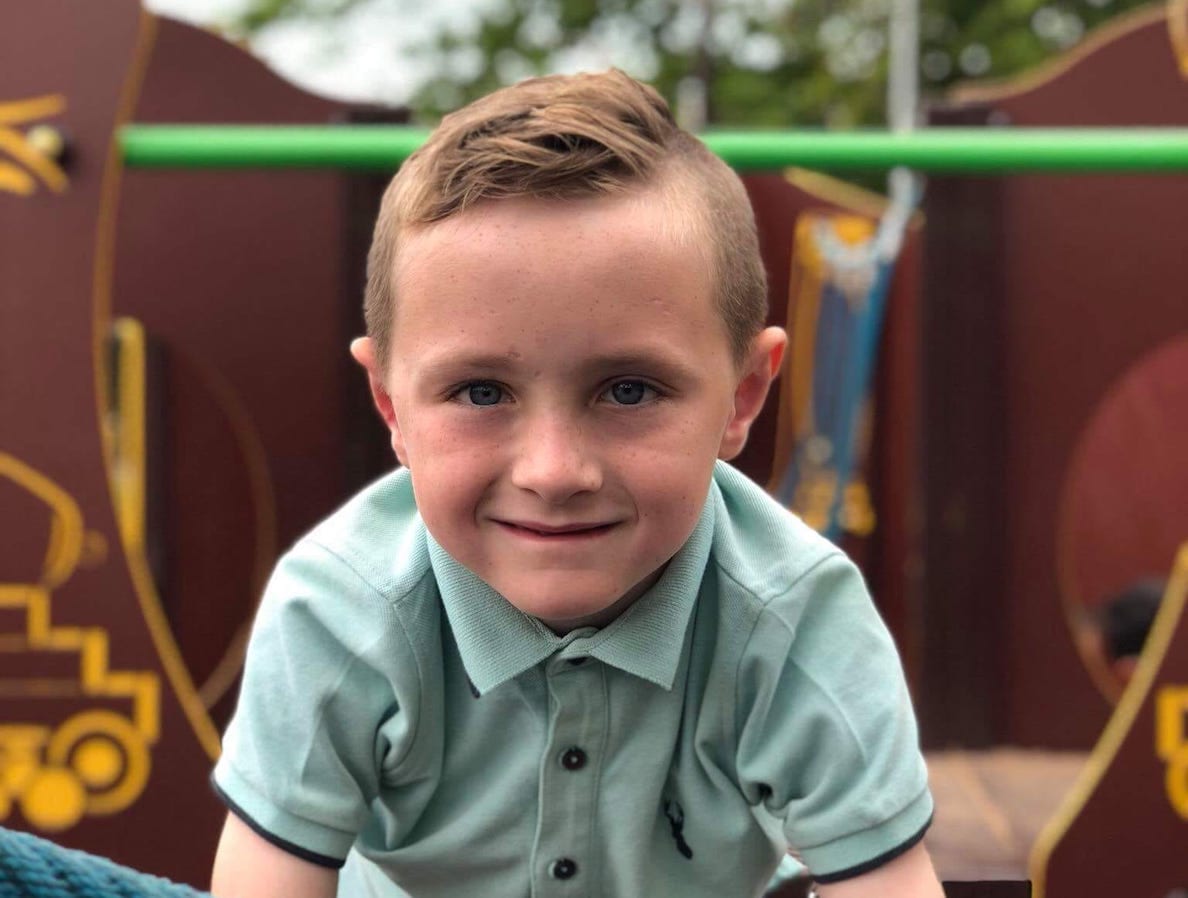 Hundreds of mourners attended the funeral of a young Co Armagh schoolboy who tragically passed away following a road traffic collision at the weekend.

Eight-year-old Callum Morrow, from Garland Avenue, Lurgan, died in the two-car collision on the Aughnacloy Road outside Banbridge on Saturday evening.

His six-year-old brother James and father Stephen Brennan – both since released from hospital – were also injured in the crash.

A woman travelling in the other car was left in a critical condition in Belfast’s Royal Victoria Hospital.

Speaking at this morning’s Requiem Mass at St Peter’s Church, Canon Liam Stevenson described Callum as a sports mad and fervent Liverpool supporter, who loved his Playstation, as well as a youngster who had aspirations of becoming a marine biologist.

Callum’s younger brother James also helped bring gifts to the alter, despite his own injuries suffered in the collision.

Canon Stevenson told the congregation of how the family appreciated the support of the local community and that they wanted to thank them for their love.