"There wasn't a day Ciaran wasn't up for torturing someone and having a bit of craic, all you would hear through the whole house was, 'Ma, is the teapot warm?' 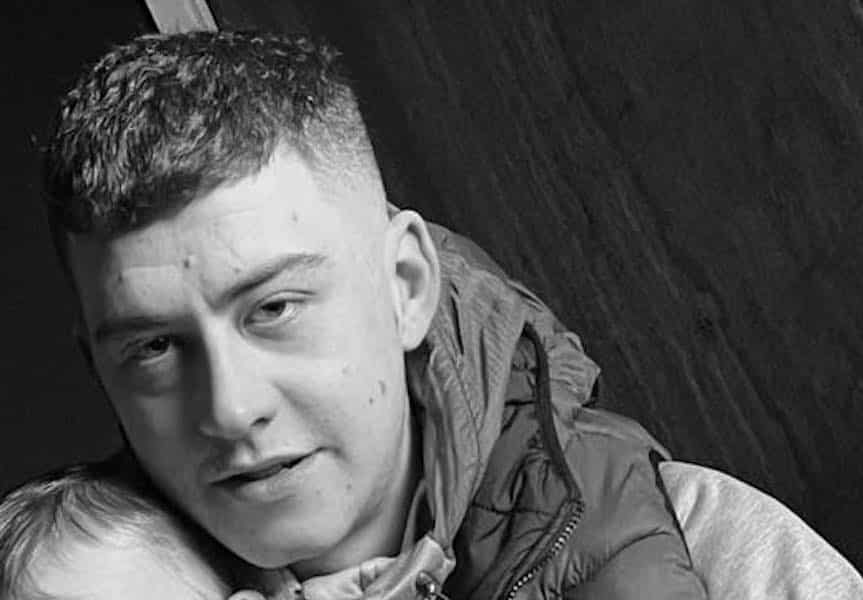 The sister of a young Lurgan man who was laid to rest on his birthday said he will now be reunited with his best friend “where you longed to be since the day he left”.

His sister Aisling said Ciaran “doted over his darling girlfriend Kate and over ‘our B’ – he loved you so much”.

“Ciaran never stopped speaking and doting over his baby cousins, Katy and Ryan. He couldn’t leave out his baby dog Lily, he treated her like a baby, literally.

“There wasn’t a day Ciaran wasn’t up for torturing someone and having a bit of craic, all you would hear through the whole house was, ‘Ma, is the teapot warm?’

“He also never left his shed with the boys; in fact, one day, all the boys were in the shed and they all agreed to set their phones down; next thing you know, all their phones were going off and he indeed did cave in whenever his girlfriend Kate rang. All the boys tortured him about it.

“But now my brother Ciaran, we know you have reunited with your best friend where you longed to be since the day he left. We love you wee man for ever and ever.”

Aisling received a round of applause from the congregation.

Canon Liam Stevenson, who presided over the funeral mass, had earlier mentioned how Ciaran’s parents “very bravely” and “with broken, broken hearts” spoke about how their son “struggled greatly with addiction”.

“It was a massive, massive cross not just for himself, but for his mummy and his daddy, his brother, sister and his loved ones. Ciaran was their first thought in the morning, every thought during the day; their very last thought at night before going to sleep and their immediate thought when they awakened in the middle of the night.

The priest alluded to Ciaran’s love of toy cars, a collection of which were placed on a table in front of the altar – as well as his love for his pet dog, Lily, who “he cherished right to the very end of his life”.

“He was very much, as a child and as a young man, someone who was filled with laughter and a great, great spirit.

“Now we all know that he was adored and that he was loved by his family and in the last days of his sickness he was to tell them individually, he loved them….”

“And Cathal (Ciaran’s dad) I thought – and yet I wasn’t surprised – whenever you said, at the very end he slept in the very same bed that you protected him in, you put your arms around him and protected him, his fear. There was nothing you didn’t do and wouldn’t do for him to the very, very end such was the love you had for him.”