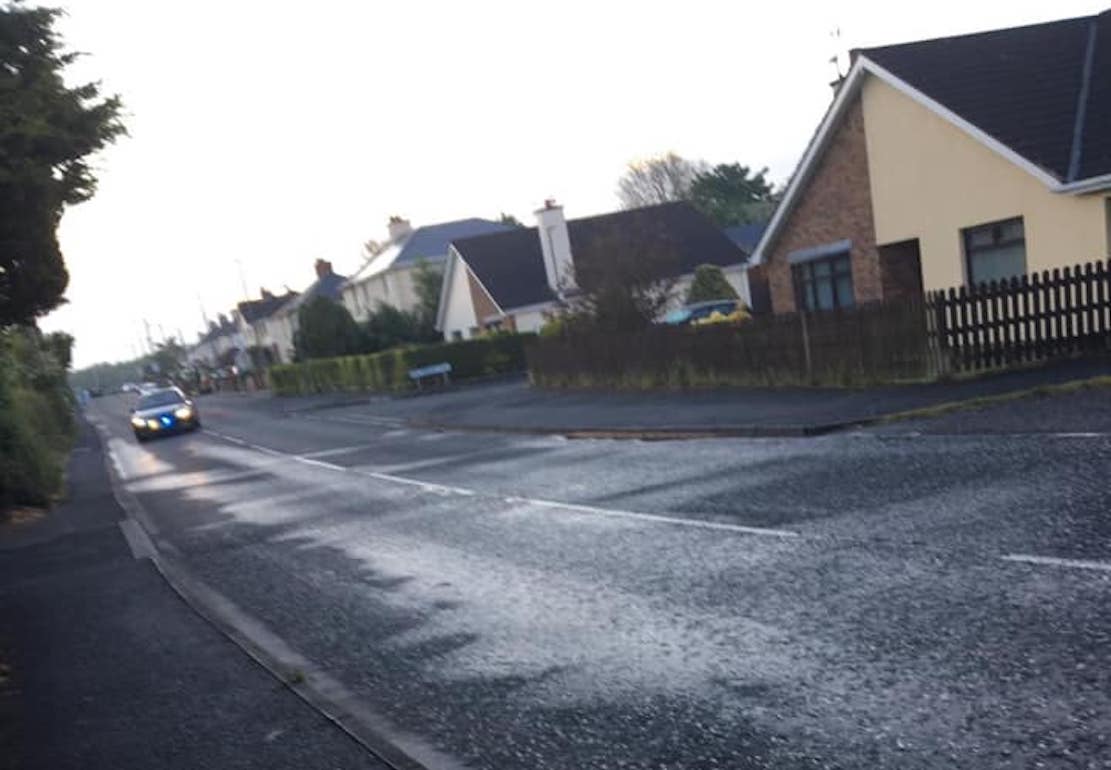 Police are investigating an incident at a house in the Ballynamoney Road area of Lurgan during the early hours of this morning (Monday).

Inspector Duncan McBain said: “We received a report at 12.50am a number of shots had been fired at a property causing damage to windows. Three adults who were in the house at the time were uninjured.

“This was a completely reckless attack and, thankfully, while none of the occupants were physically injured, they have been left badly shaken.

“Our inquiries are at an early stage and we are working to establish a motive for the attack, and I would appeal to anyone with information about this to call us.

“We are also investigating the report a short time later, around 1am, of a vehicle – a silver Volvo – that had been set alight in the Shankill Street area of Lurgan. We believe this may be linked to the earlier incident in the Ballynamoney Road area.

“I want to appeal to anyone who was in either area and saw any suspicious activity to contact us on the non emergency number on 101, quoting reference 55 of 20/05/19.”

Sinn Fein councillor Catherine Nelson said: “Those responsible acted recklessly and with the intent to cause injury or worse.

“There is no place for guns on our streets and this morning the local community are rightly angered.

“A PSNI investigation is underway and anyone who witnessed suspicious activity should report it.

“Thankfully on this occasion no has been hurt but given the nature and number of these attacks of late it is only a matter of time before someone is killed.”

DUP MLA Carla Lockhart added: “I am liaising with the police to get more facts around these attacks. Investigations are at an early stage and it is vital that information is forthcoming.

“Regardless of who carried out these attacks I would condemn them in the strongest possible terms.

“They are both reckless and irresponsible and we could be dealing with a loss of life of serious injury. When you fire indiscriminately into someone’s house you put everyone at risk in that house.

“It is a worrying trend of a number of attacks in the wider Lurgan and Craigavon areas over the past number of weeks and I would urge those involved to think about the potential consequences of their actions, not only for the people they deem targets for attack but also themselves if they get caught.

“I would commend the PSNI and NIFRS for their actions which keep us all safe and although dealing with multiple incidents were able to do so efficiently and with minimum disruption.

“Anyone with information on this matter please contact the police on 101 or call free and anonymously the confidential hotline 0800 555 111.”

SDLP Cllr Declan McAlinden condemned the shooting incident in Derrymacash in the early hours of this morning.

Councillor McAlinden commented: “This incident has shocked the local community and thankfully nobody was injured in this mindless act.

“The Derrymacash people are a close knit community and they do not want incidents like this to take away from their tireless efforts to make their area safer and better for all.

“Those responsible for bringing guns onto our streets have no regard for human life and must get the message that violence is not the answer.”