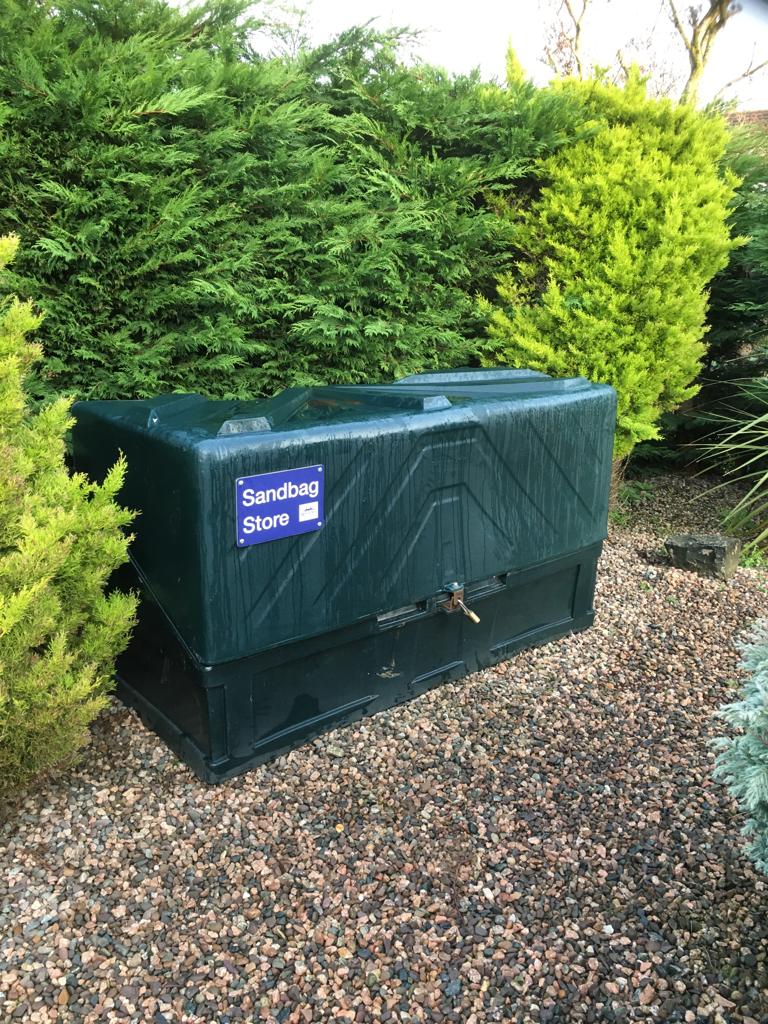 A sandbag store has been installed in Lurgan as part of a multi-agency response to flash flooding earlier this year.

And flood prevention work has also been carried out on the Halfpenny River.

Homes in the Knockramer Meadows area of Lurgan were among those worst affect by the flooding which happened after torrential rains fell on one afternoon in July.

The work has been welcomed by local SDLP Councillor Declan McAlinden.

“We, along with residents from Knockramer, lobbied Rivers Agency and community resilience works were carried out in the immediate aftermath of the flooding.

“As a result of the community resilience works, Rivers Agency have provided a sandbag store in Knockramer Meadows so that residents have their own supply for deployment.

“I am pleased to confirm that the sandbag store has been provided and I want to thank the residents who provided permission for it to be sited on their property.

“I will continue to work with Rivers Agency to find a long term measure for flooding. Furthermore, I am still working with Roads Service who are currently investigating the possibility of introducing extra manholes in the area to ensure surface water can be drained away.”