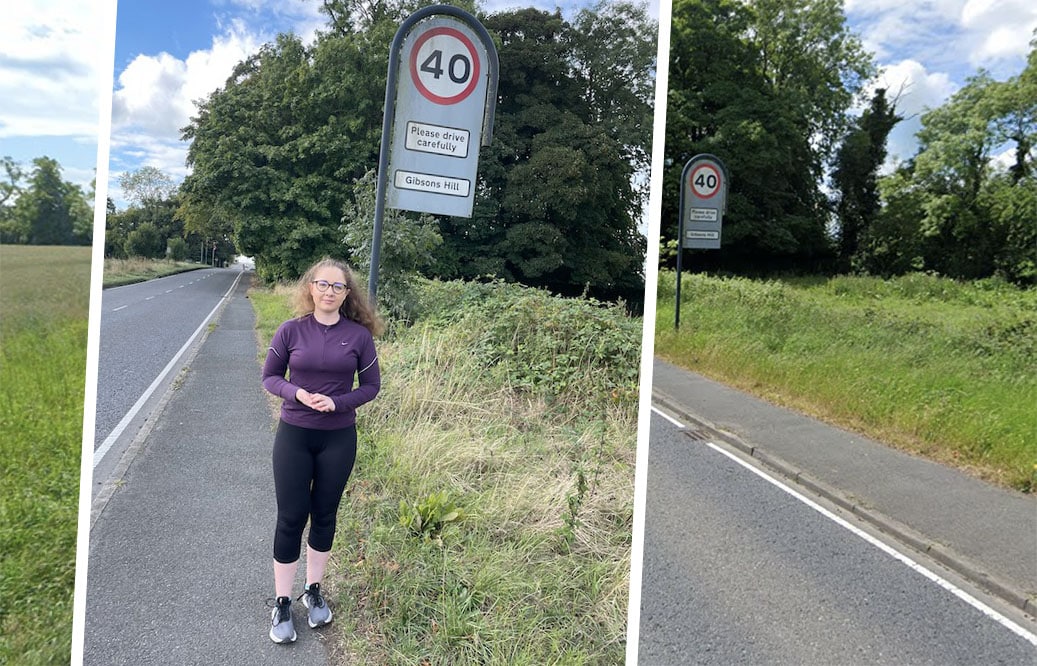 A Lagan River councillor has called for the introduction of traffic calming measures to be introduced to a section of road on the outskirts of Lurgan.

Alliance Party representative Jessica Johnston wants to see efforts made to attempt to reduce speeding along the Gilford Road at the 40mph section at Gibson’s Hill.

Cllr Johnston said she was contacted by “concerned residents who felt unsafe walking along the main road” as they believe many vehicles are regularly exceeding the speed limit for the area.

Gibson’s Hill is situated on the main Gilford Road and is between two national speed limit sections.

Cllr Johnston said at the very least the visibility of the 40mph signs on the road should be improved.

“As well as improving the visibility of the speed limit signs, it would also be a good idea to introduce speed indicator devices,” said the Lagan River councillor.

“These steps could go a long way in helping to reduce speeding and to ensure residents feel safe walking along the main road in their own area.

“I have raised the concerns of both residents and myself, with the Department for Infrastructure and PSNI to see what can be done to discourage speeding by road users.

“I am hopeful that after their investigation, measures can be put in place to improve road safety in this area for all.”