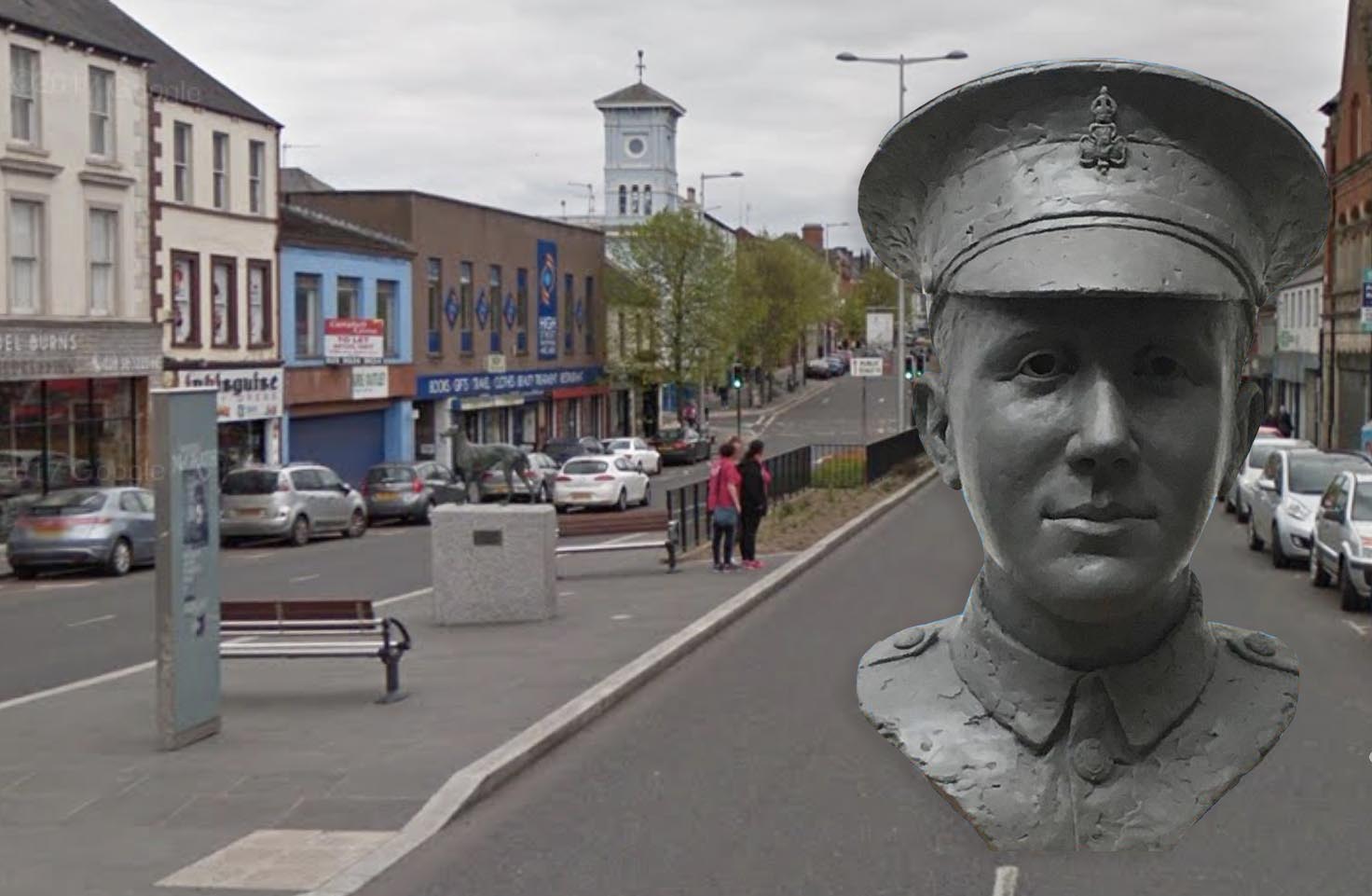 A Co Armagh soldier who was awarded the Victoria Cross could be immortalised in his home town.

The proposal is to locate the memorial on the central traffic island at High Street, opposite the Icthus Cafe.

The carved bust would stand atop a granite plinth.

The application to site the memorial in the centre of Lurgan has been submitted to Armagh City, Banbridge and Craigavon Borough Council for consideration.

The applicant is the William McFadzean VC Commemoration Society, which has commissioned the well-known Scottish artist and sculptor Helen Runciman to create the piece.

The Society also commissioned the artist to create 100 limited miniature replicas of the piece which are being sold on a first come first served basis.

The Society was formed in 2017 by the Ancre Somme Association and the production and placing of a bust in Lurgan was one of the key reasons for its establishment.

Born on October 9, 1895, in Lurgan, William McFadzean was the son of William and Annie, his parents coming from Counties Louth and Down respectively.

The young McFadzean lost his life on July 1, 1916, before the Battle of the Somme had been started.

A box of grenades had been opened for distribution among the troops when the slipped into the trench, the safety pins coming loose from a number of them.

McFadzean threw himself on top of the bombs to save the lives of the many other men crowded inside the trench, on the Front Line at Thiepval Wood.

For “most conspicuous bravery”, he was posthumously awarded the Victoria Cross, which was presented at Buckingham Palace by King George V to his father, eight months later, at the end of February 1917.

The memorial bust proposal by the Society – whose members include local MLAs Doug Beattie MC, Carla Lockhart and Jonny Buckley – will be considered over the coming weeks, with the application to be advertised publicly next week.

The Society hopes to be in a position to proceed and unveil the bust before the end of 2018.