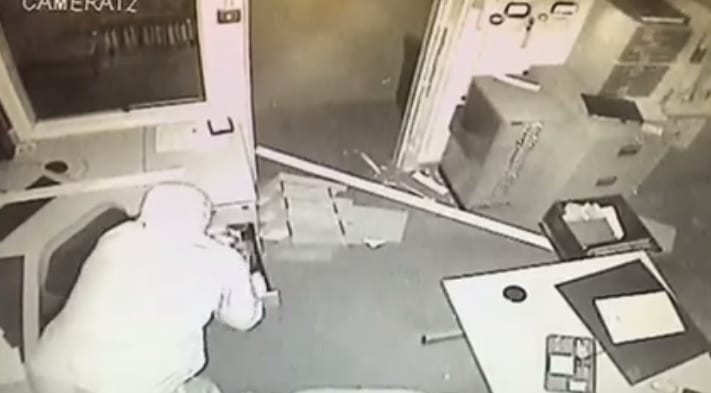 Police have appealing for information following the burglary Carrick Primary School in Lurgan over the weekend.

Sometime between 6.45pm and 6.54pm on Saturday, 31 October, entry was forced through a window. An office was ransacked and an ipad was stolen.

Constable Smith said: “We would like to hear from anyone who witnessed any activity at the school around these times or anyone who has information which may assist our investigation. We can be contacted in Lurgan on 101, quoting ref: 1220 311015.”

Posting via Facebook, Carrick Primary revealed that forensics have been able to identify that the person involved was wearing Nike footwear.

But the wearing of gloves meant no fingerprints were left behind.

The school reports: “After leaving the office he is believed to have gone upstairs to the top corridor and down the far stairs where he left via the back door.”

It appeals directly for public help, posting: “Please look at the footage carefully and share it. If you recognise the individual do not hesitate to contact Lurgan Police station.

“Unfortunately the ease of movement with which this individual negotiates the school would suggest that they are familiar with it.

“Staff have already been in today to clean up the mess and the window has been boarded up.

We really appreciate all the support and messages. School will be open as usual tomorrow as we do not want your children’s education to suffer because of this awful incident.

“We would appreciate it if parents would avoid the front office area for the next few days until everything is put back to normal.”

Staff threatened with gun during robbery at commercial premises