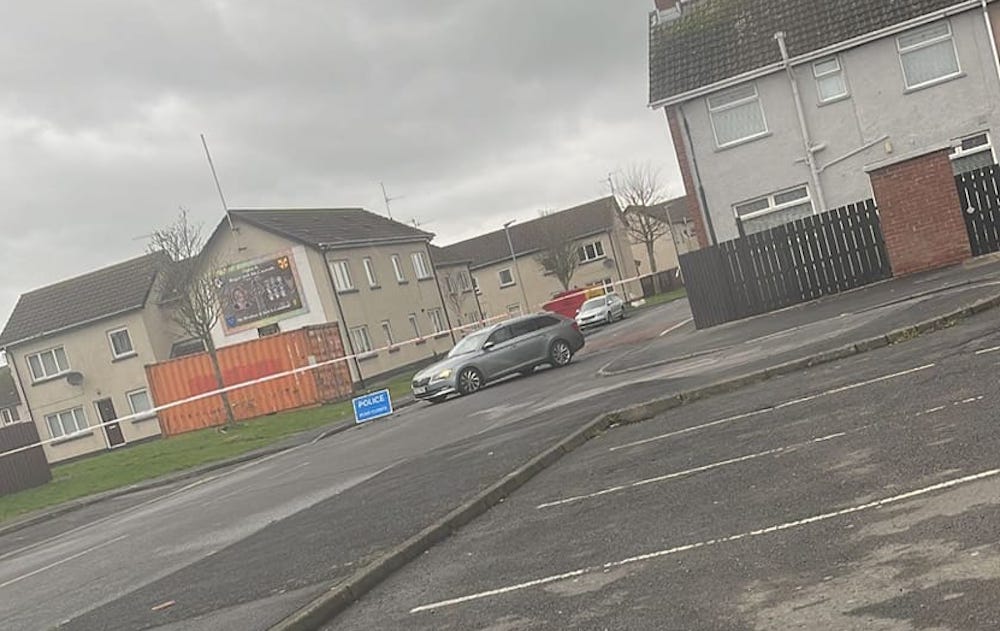 Detectives are investigating after a pipe bomb detonated in the Dingwell Park area of Lurgan last night (Sunday).

At around 9.25pm, it was reported that a loud bang was heard in the area, and the bathroom window of a property had been smashed.

Inspector Conway said: “Following a number of proactive searches carried out last night and today (Monday), what is believed to be a detonated pipe bomb was located.

“A number of homes in the area were evacuated this morning as police and ammunition technical officers conducted searches.

“The device was taken away for further examination, and local residents were permitted to return to their homes.

“Thankfully, there were no reports of any injuries as a result of this utterly reckless attack, carried out in a residential area, with no consideration given to who could have injured or killed.”

He continued: “Our investigations into this incident are continuing, and we are keen to speak to anyone who was in the area and may have witnessed any suspicious activity, or who may have captured mobile phone or dash cam footage, to get in touch.

A report can also be made online using the non-emergency reporting form via http://www.psni.police.uk/makeareport/. You can also contact Crimestoppers anonymously on 0800 555 111 or online at http://crimestoppers-uk.org/

SDLP Councillor Ciran Toman commented: “I have spoken to PSNI officers and I have been informed that the blast was a crude pipe bomb that went off on Sunday evening in Taghnevan.

“Thankfully nobody was hurt and the investigation should be cleared up soon. Leaving viable explosive devices in a residential area is a completely reckless act and shows no regard for the lives of people in this area.

“This has obviously caused significant disruption for local people who just want to get on with their lives. The last thing anyone wants is the disruption that these alerts cause.”

“I’m grateful that no one was killed or injured in the pipe bomb attack in Taghnevan, Lurgan last night,” said councillor Tennyson.”

“Those responsible were utterly reckless and showed a callous disregard for the wellbeing of local residents who don’t want or need this disruption. I would encourage anyone with information to contact police as soon as possible.”