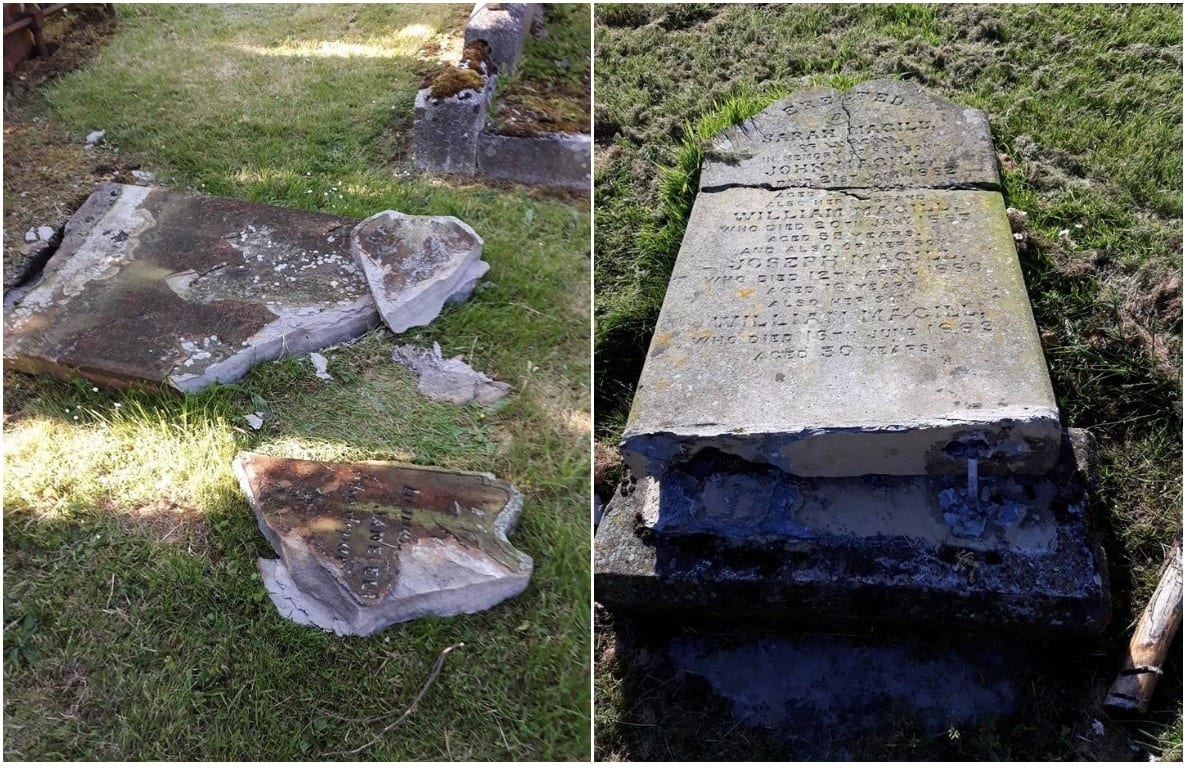 These images show the “disgraceful” damage caused to an historic Co Armagh graveyard earlier this week.

The Shankill graveyard on Deans Walk in Lurgan was desecrated, with 13 headstones pushed over, leaving some of them broken.

Police slammed the “thoughtless, criminal vandalism” and appealed for help to catch those responsible.

“This is an absolutely disgraceful and deliberate attack on Lurgan’s oldest graveyard,” he slammed.

“Those involved acted deliberately and without thought.

“This graveyard is part of the heritage of the town and is important to the whole town.

“Anyone with information on those responsible should bring it to the PSNI immediately.

“People who will stoop to damaging graves are beyond contempt.

“I will be contacting council to request increased security including security cameras.”