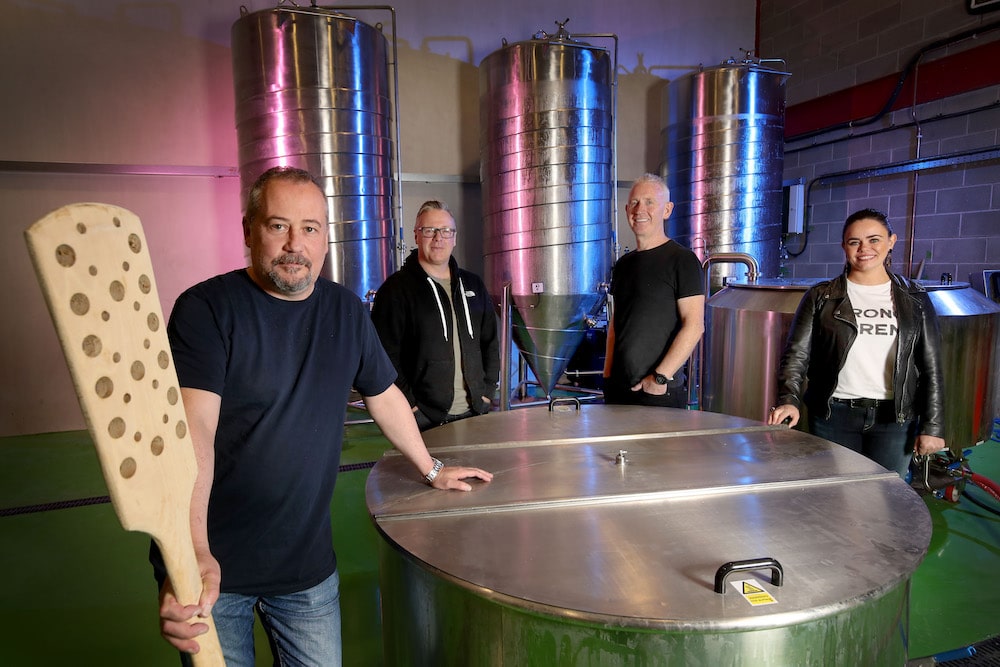 Lurgan is set to get its own brewery and distillery as part of a significant investment by a group of local people who want to rekindle the area’s long history with brewing and distilling and help reinvigorate the county Armagh town.

Spadetown brewery will be based at Silverwood Business Park and will open in October 2021.

There are also plans by the group to create a distillery based in Lurgan; the first in the town since 1837. It will go under the name Lough Neagh Distillers when it opens in 2022.

The initial planned investment of over £2million is expected to create around 55 jobs by 2023.

Check out the latest jobs on our new recruitment website Armagh Jobs.

The venture is spearheaded by Lurgan-native Vernon Fox, who has been involved in the drinks industry for almost 30 years, with backing from local business people including Patrick McAliskey who founded and built Novosco, one of Northern Ireland’s major business success stories.

The Spadetown Brewery and Lough Neagh Distillers brands have been in existence since 2018 but the new investment has led to a relaunch of the companies and the new plans to invest in the dedicated facilities.

Vernon Fox says: “I have long wanted to open a brewery and distillery in Lurgan, drawing on centuries of tradition, given that Lurgan was home to one of the island’s largest distilleries – Greer’s Distillery – until it burnt down in 1837, and that the wider area was previously a hub for micro brewing.

“My idea to do so was put on hold due to the pandemic but that has become a positive as it led to new conversations with other local people who are passionate about the area’s brewing and distilling heritage, and to new investment and even bigger plans as a result.

“We want to rekindle Lurgan’s deep history with distilling and the history of brewing on the southern shores of Lough Neagh. We want to build brands and products that will connect with customers locally and around the world, leading to job creation, further investment in Lurgan, and more visitors to the local area,” he continues.

“Our philosophy is to do things in the right way, building a great business culture and brilliant environment for our team to work in, having the best equipment and processes to produce fantastic products, and doing things sustainably. As part of this, the brewery and distillery will become entirely carbon neutral,” he adds.

The new brewery is based in a dedicated 5,000 sq ft unit with a state-of-the-art automated brewing system, and currently houses six 2,700 litre Brewiks fermenters, giving capacity for over 500,000 litres of beer per annum. The company plans to brew a range of beers including lagers, IPAs and special edition beers. These are expected to go on sale through the on and off trade once the brewery officially opens in October.