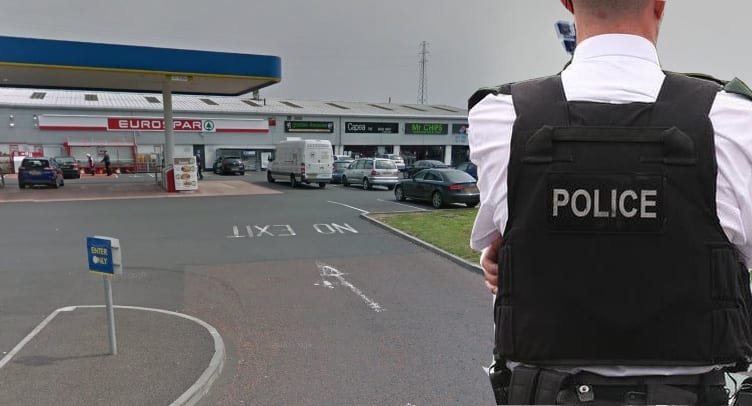 A man attempted to rob a county Armagh takeaway with a suspected gun shortly before midnight last night.

Detectives are appealing for witnesses following an armed robbery of a fast food outlet on the Gilpinstown Road in Lurgan.

At around 11.55pm it was reported that a masked man, armed with a suspected firearm, entered the premises and demanded money from the staff.

The man made off empty handed.

A 25-year-old man was arrested a short distance away and remains in police custody at this time.

Anyone who witnessed the incident or anyone with any information that can assist with the investigation is asked to contact Detectives in the Reducing Offending Unit in Lurgan on 101 quoting reference number 1514 of 03/10/16.