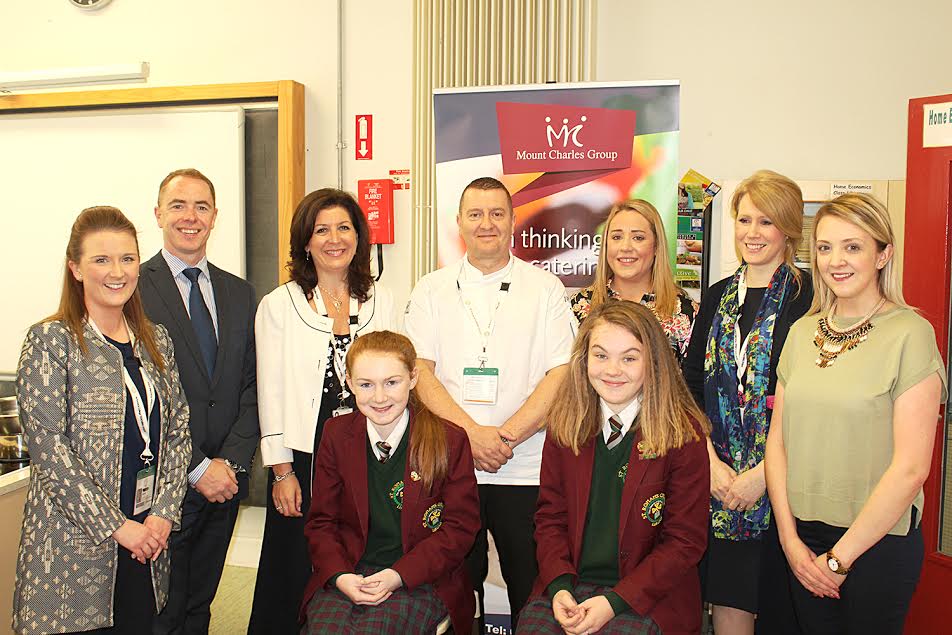 As part of their prize for reaching the final, the students and their classmates were treated to a cookery masterclass from Simon, Group Development Chef at Mount Charles, who showed the group how to make a soft centre chocolate cake with homemade honeycomb and vanilla ice cream.

Niamh and Carla will join six other teams at the finale on Friday, June 16, after winning a regional heat of the nationwide competition, which was organised in association with the Irish News and Business in the Community.

The Big School Cook Off was created to inspire young people to think about healthy eating and food provenance, and to encourage them to consider a future career in the hospitality industry.

After whittling down more than 120 entries at stage one, the heats saw 39 teams of pupils between Year 8 – Year 10 from 21 schools across Northern Ireland and Donegal given the same set of ingredients to create a pasta dish of their choice.

Simon Toye, Group Development Chef at Mount Charles said: “It was an absolute pleasure to visit St Ronan’s College ahead of the Big School Cook Off final.

“The girls have done so well to make it to this stage, and hopefully they’ll go away inspired to keep cooking and trying new things. That’s what the competition is all about and as a chef, I love to see young people that are passionate about food and who aren’t afraid to experiment a bit. Best of luck in the final!”

The overall winning team at the grand final will win £300 of vouchers for their school as well as a treat for their family, with a meal at the award winning George’s of The Market restaurant and family tickets to see the Belfast Giants ice hockey team at the SSE Arena.