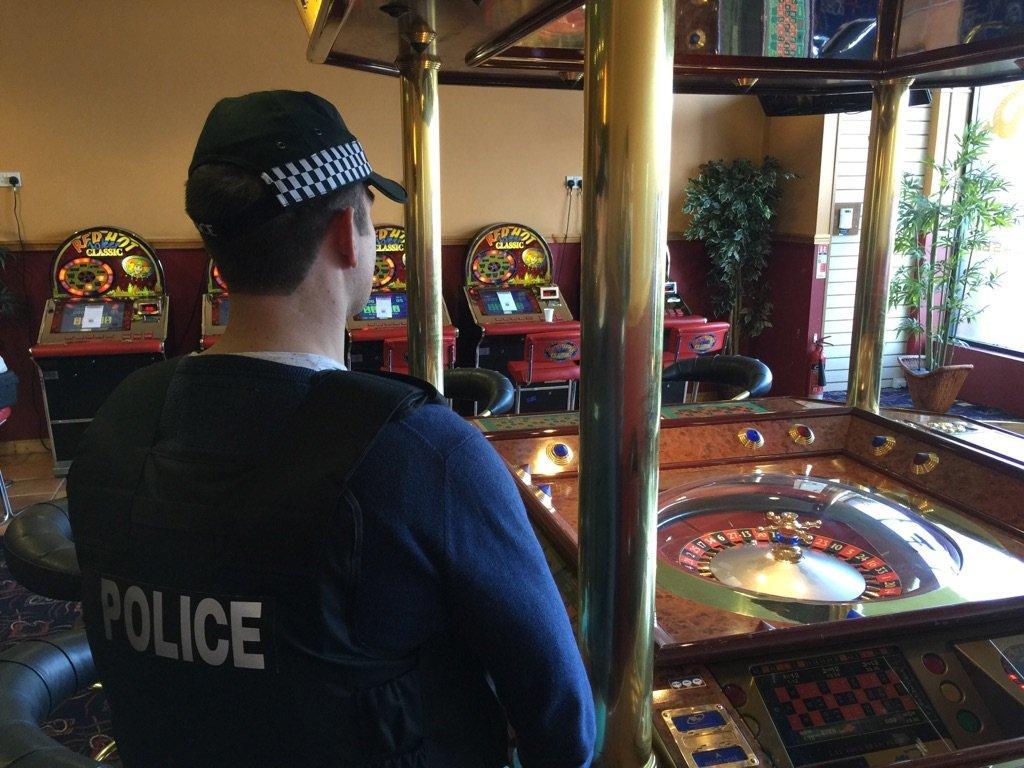 Two men have been arrested following a major investigation into alleged illegal gambling and money laundering.

Detectives from the PSNI Economic Crime Unit today carried out eight searches and arrested two men as part of the operation.

Two men, aged 39 and 69, were arrested and are being questioned at Lurgan police station.

Detective Chief Inspector Ian Wilson, from the Economic Crime Unit which is part of Reactive and Organised Crime Branch, said: “This is part of a major investigation into illegal gambling and money laundering. We have seized a significant number of illegal gaming machines, related technical equipment, documentation and a substantial amount of cash and criminal property.

“We believe there is a link between illegal gambling and money laundering which feeds other forms of crime in our community. This illegal gambling is often used by criminals as a means of laundering money obtained from organised criminal activity and plays an important role in other forms of acquisitive and organised crime. We are determined to tackle it.

“Our enquiries will continue for some time and I would appeal to anyone with information about money laundering or illegal gambling to contact police.”