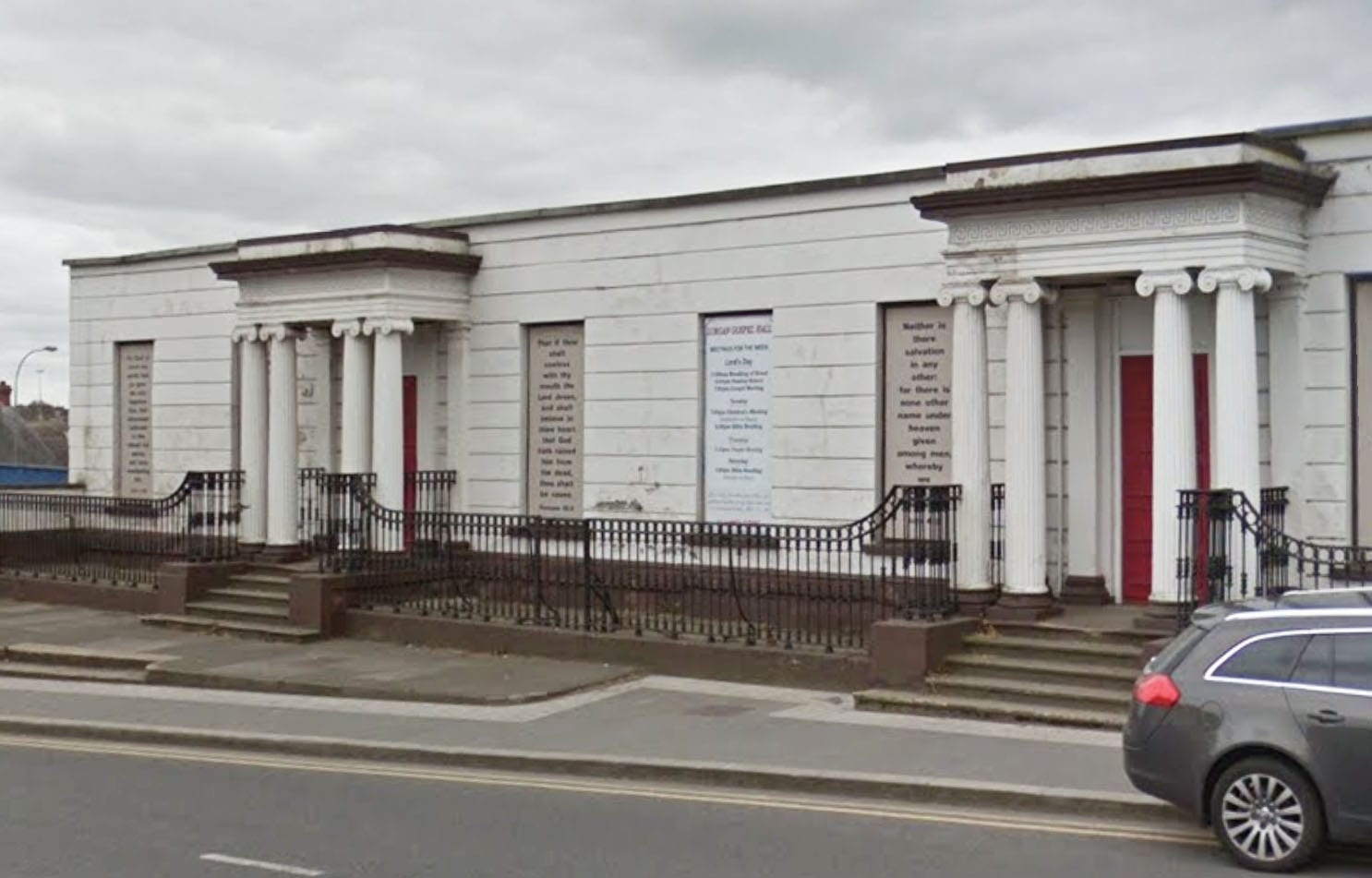 A ‘listed’ building order protecting the final remains of a former hotel – once a thriving part of the Co Armagh social scene until destroyed in a bomb attack – is to be removed.

The special status in place for the Orchard County Hotel in Lurgan is to be taken away after it was deemed that nothing much remained worth saving and it no longer met criteria.

The move to ‘delist’ the property by the Department of Communities has been notified to Armagh City, Banbridge and Craigavon Borough Council.

The property is located at High Street in the town and was built by the Cuppage family.

It encompasses a pair of late Georgian townhouses, built between 1835 and 1837, which subsequently became the Orchard County Hotel, having previously been Bengal Place.

It was popular with dances and thrived throughout the 50s and 60s.

But a bomb exploded in the early part of the 1970s and the hotel was totally destroyed, with a front wall and railings basically all that stands.

According to the Department, it is now partially demolished with only the ground floor section of the front façade remaining.

The Department, writing to the ABC Council’s planning committee, informed: “When considering whether to exclude a building from a list, the Department may take into account the building/structure itself, the extent to which its exterior contributes to the architectural or historical interest, and the desirability of preserving any man-made object or structure which forms part of the land and which is within the curtilage of the building.”

And, it revealed, as only a small portion of this former listed building remains, it had concluded that it “does not meet the criteria for listing”.

The council has been asked for its views on the decision.