Heard it on the Grapevine? Positive news with Lurgan community at its heart 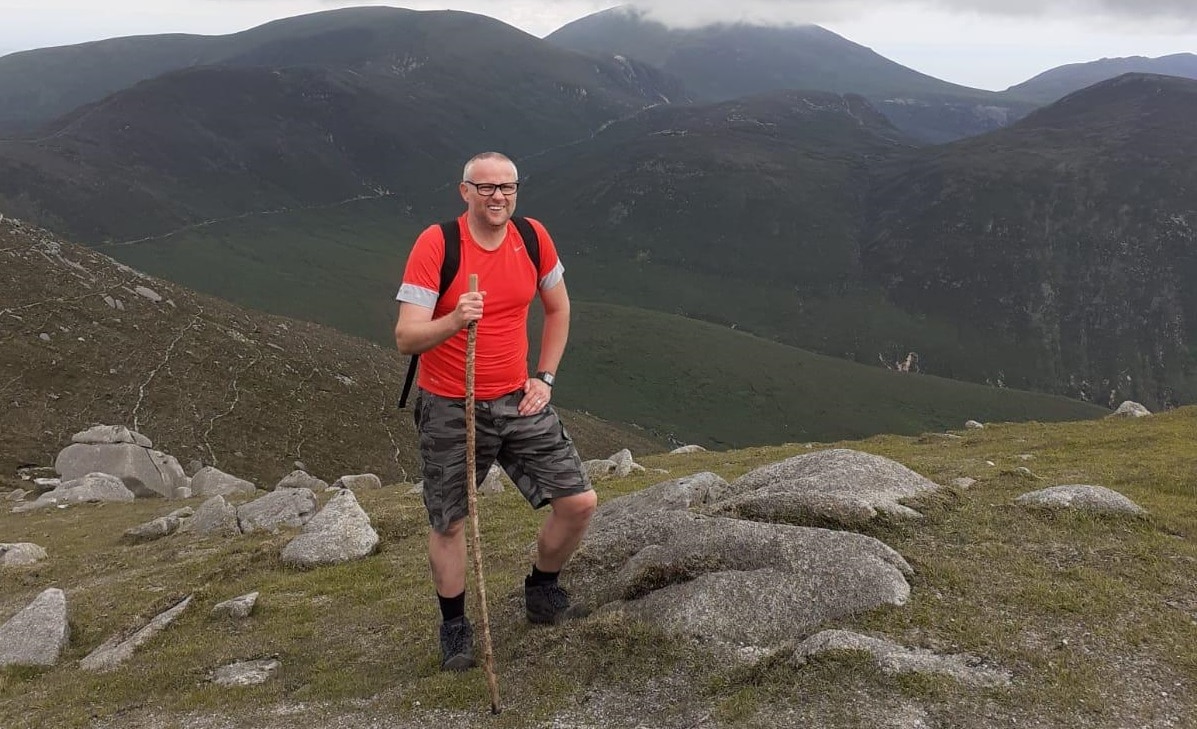 It was doing cross-community work on the Shankill and Falls in Belfast that inspired a Lurgan man to set up a town Facebook page that now has almost 10,000 followers.

The Lurgan Grapevine, run by Gordon (Gordy) Hamill for the past six years, prides itself on sharing positive news, whether it be about local musicians and artists, sportspeople or charities.

The 47-year-old is an IT manager with mental health organisation Inspire NI. He also plays the mandolin in folk session circles, is a GAA player and coach and, up until recently, a long-distance, open water swimmer.

Explaining the background to the page, he said: “I always try to take the positives out of anywhere I work.

“The likes of the Shankill and the Falls would have got bad reputations, but when you work with those people you realise they are just as good as people anywhere.

“I suppose Lurgan has the same reputation from outsiders, so I wanted to share positive stories about people from the town.

“Being around the local music and sports scene, I was aware of how much good news there was.

“Communities, like Lurgan, have so much to offer and that’s what the Grapevine is about.”

Gordy works on the page in his spare time and believes positivity is the key to its popularity, as is staying away from politics and being inclusive.

The father-of-two said that while there may be a “slight slant” towards Gaelic football coverage, because of the many contacts he has in the sport, he tries to include as many stories from both sides of the community as possible, and has a good relationship with the town’s rugby and cricket clubs.

“There is no rivalry, all the local pages support each other, as long as it’s positive news,” he added.

“I have always been involved in cross-community and charity work so the page provides an outlet for advertising things like charity events and promoting good causes.

“Because people know it’s voluntary, and I don’t get paid for it, sportsmen and musicians and others  are very generous with their time in giving me interviews.”

“The series has taken on a life of its own and has become really popular so I’m pleased about that,” he said.

The Lurgan Grapevine even has its own T-shirts, made by local man Eugene McAtamney of EMA Screens, which are sent out to people in recognition of various achievements.

There’s plenty of friendly ‘ribbing’ about neighbouring town Portadown, with Gordy confessing that most of his relatives live there and that the “Portadown ones probably enjoy it more than the Lurgan ones”.

Chris was on the crew when Gordy attempted to swim across the North Channel three years ago which, despite exhaustive training, he didn’t manage due to dreadful weather conditions on the day.

“Chris would talk about swimming the Channel and then I would say I have swum across Lough Neagh twice, so there is always banter about that,” he said.

In fact, Gordy’s first lough swim took nine-and-a-half hours from east to west and the second lasted six-and-a-half-hours from west to east – making him the first person known to have done it.

As well as the positivity of the page, Gordy, who is married to Lisa and has two daughters Ellie (17) and Sarah (13), is particularly proud of the publicity and funds it generates for charity.

“There was a walk for Conor Toman in aid of Southern Area Hospice, organised by his family,” he said. “I covered it myself and it got tens of thousands of views and I was told afterwards it had really boosted the hospice. That’s what it’s all about at the end of the day.”

In fact, the story of Conor, a keen athlete who died of cancer in April 2019, and his family so touched Gordy that last year he climbed the highest mountain in every county in Ireland to raise money for the hospice.