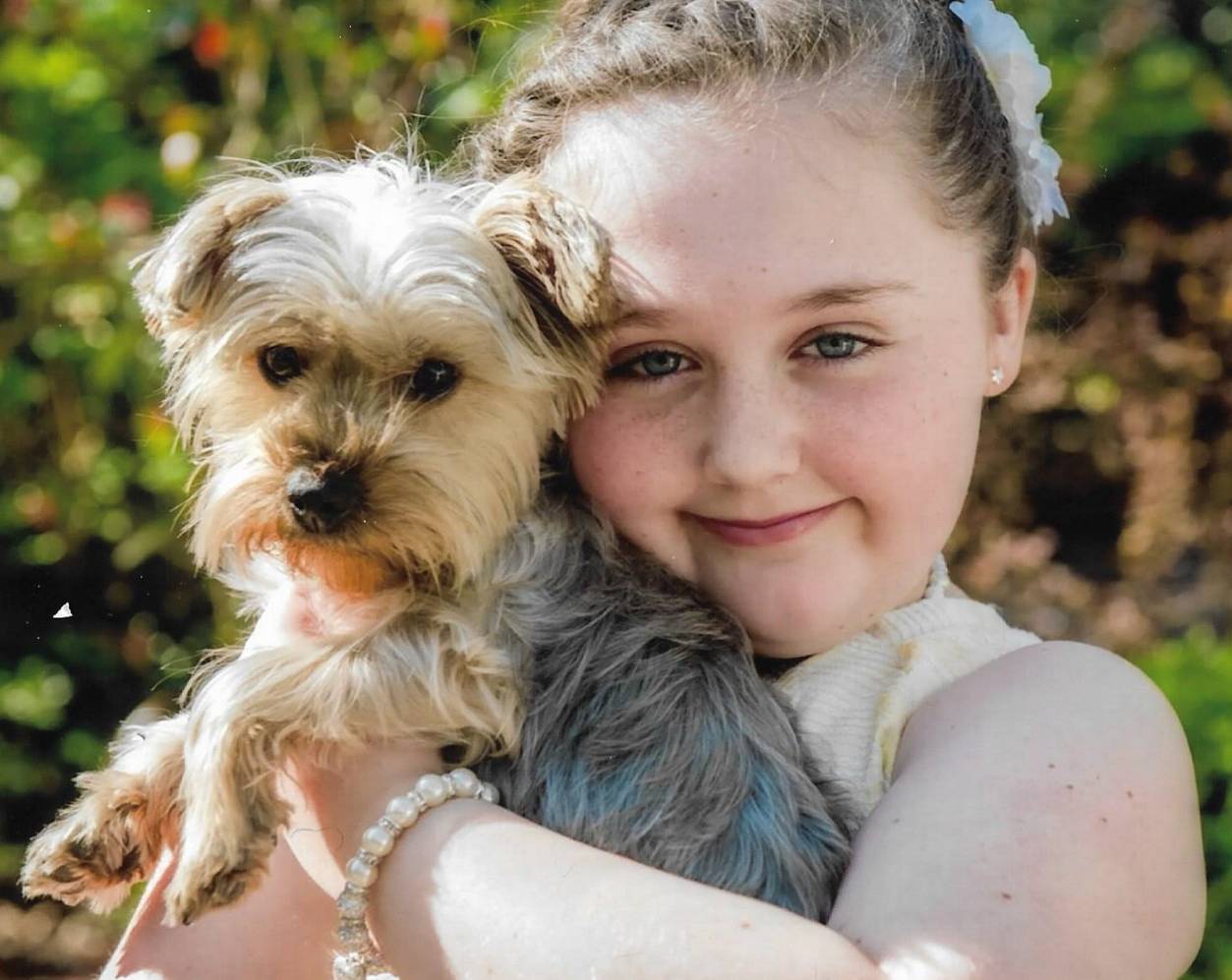 Maddy-Leigh, from Lurgan, passed away suddenly at Belfast’s Royal Victoria Hospital on Monday from multiple organ failure after falling ill at the weekend.

Her heartbroken family released a statement ahead of her funeral.

They described her as a “bright, pleasant girl” who was “extremely loved”.

“It is with profound sadness that Sabrina and Colin Harbinson mourn the sudden loss of their daughter, Maddy-Leigh, aged 11,” the statement read.

“She is survived by her only brother, Tristen.

“Maddy-Leigh was a pupil in Year 8 at Lismore Comprehensive School.

“She was a bright, pleasant girl who enjoyed baking, drama and attended FADD for dancing along with singing coaching.

“She was extremely loved and will be greatly missed, such was the bond as a daughter, granddaughter, god-daughter, cousin and niece.

“Sabrina and Colin would like to thank the ambulance service, Craigavon Area Hospital, the Royal Victoria Hospital for Sick Children Intensive Care Unit, St Anthony’s Parish Craigavon, the surrounding parishes of Lurgan, Lismore Comprehensive School, Newmills Presbyterian Church, FADD and the family and friends who have prayed and supported them through this difficult and tragic time.”

A spokesperson for the charity said the organisation was heartbroken.

“It is with great sadness that we at Action MS have learned of the sudden passing of Maddy-Leigh Harbinson,” they added.

“Our sincere thoughts and prayers to all her friends, family, pupils and staff at Lismore Comprehensive School, Craigavon.

“We were delighted that Maddy-Leigh attended our recent Thank You Luncheon for the Walk for MS and was presented with a plaque for her outstanding contribution to our work. (She is) an absolute star.”

Maddy-Leigh’s funeral will take place this morning at 11.15am from her late residence, going to St Anthony’s Church in Craigavon for Requiem Mass at noon followed by interment afterwards in Lurgan Cemetery.