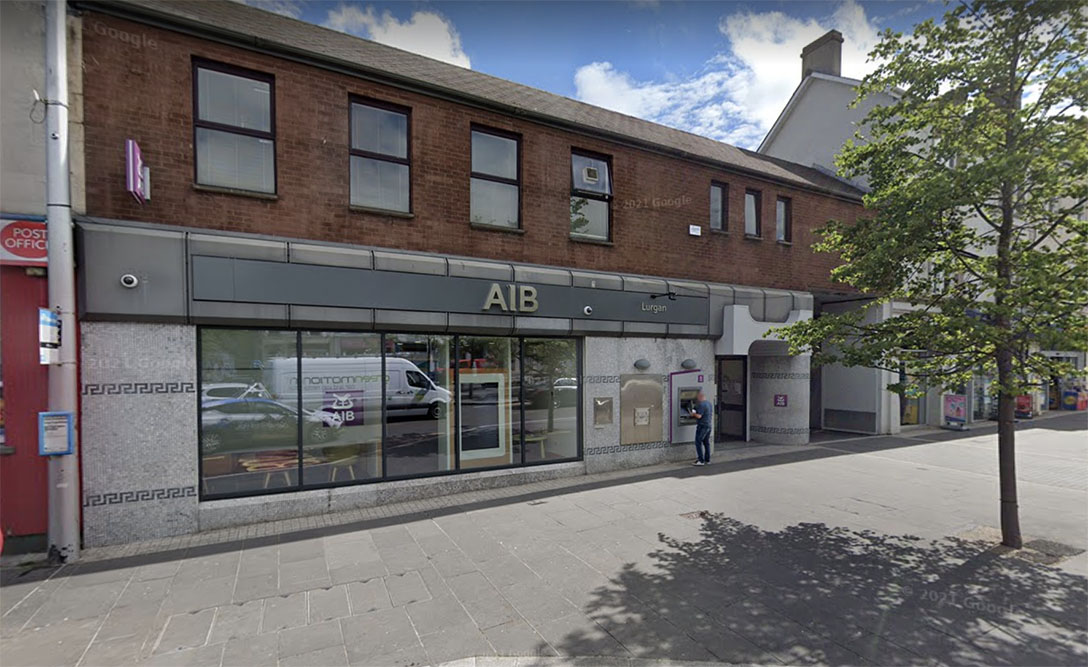 The former First Trust Bank in Lurgan is up for sale.

Three months after the town centre branch closed and the property is on the market with an asking price in the region of £300,000.

It is one of seven branches which Belfast-based O’Connor, Kennedy and Turtle have been tasked with bringing to the market. Omagh, Newtownabbey, Bangor, Coleraine, Kilkeel and Newcastle’s former banks have this week  been put up for sale.

The Lurgan property is based at Market Street in the town.

The First Trust announced in July that it and seven other outlets across Northern Ireland would shut their doors for good in early November.

Business from Lurgan transferred to Dungannon, as the bank blamed “diminishing” customer demand for branch bank, a “trend that has been accelerated by the pandemic”.

The closure also represented the loss of the last First Trust bank in County Armagh, with one local councillor, reacting to the news at the time, hitting out: “They have closed in Armagh, closed in Portadown and now the proposal is to close Lurgan. It is scandalous.”

With the expansive premises now vacant, the loss can be noticed within the town centre as another empty premises.

But the agents would be hopeful that a new tenant can be found.

It says the property – which includes car parking to the rear – would be “suitable for a wide variety of uses”, including retail, office or residential, subject to planning approval being secured.

The two-storey building itself stretches to over 5,800 sq ft in terms of of floor space.

According to marketing materials: “The property benefits from extensive glazed frontage onto Market Street and occupies a prominent trading pitch within the town centre.

All of the former banks advertised for sale this week are inviting specified asking prices between £200,000 and £300,000.