Fly-tippers ‘identified’ thanks to names and addresses found in rubbish

Drug paraphernalia was also discovered at the site 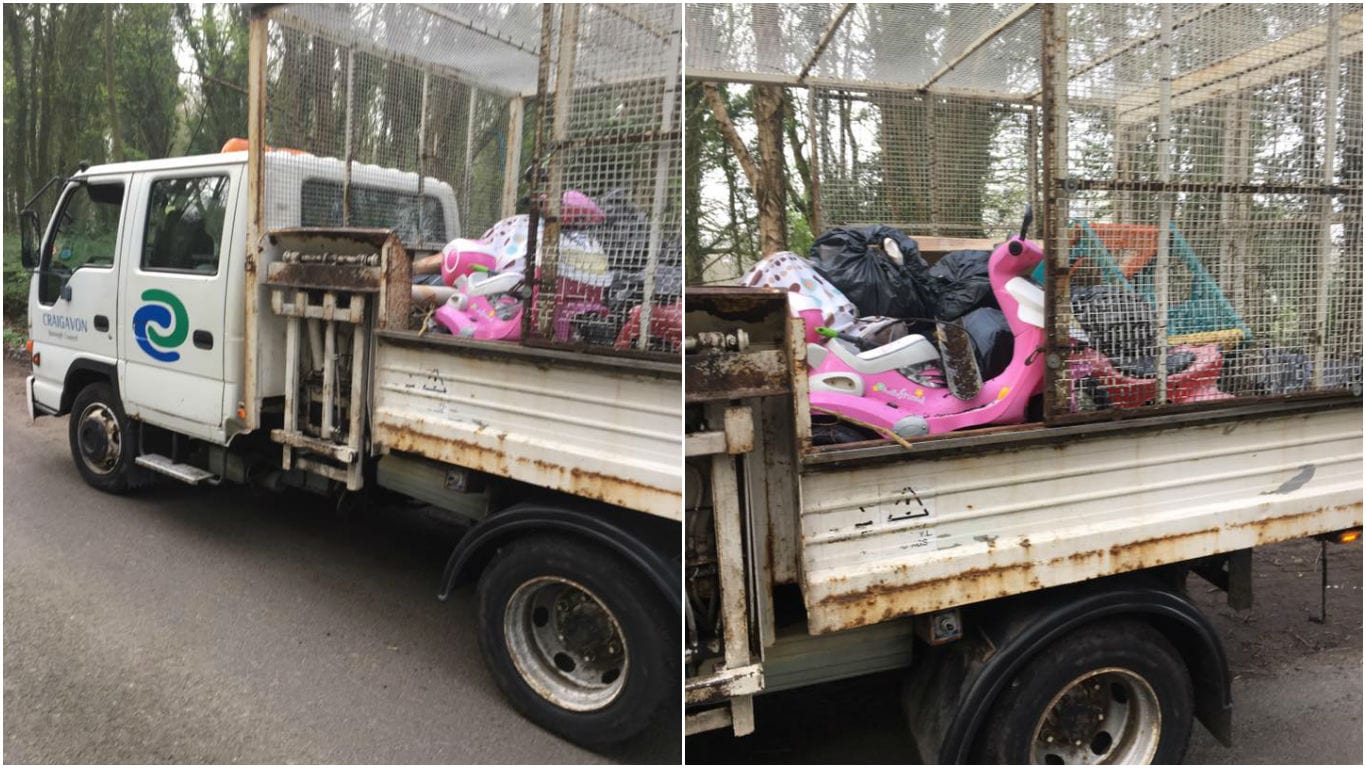 Council staff believe they have identified those suspected of fly-tipping in Lurgan over the weekend.

Staff were called out to clean up the mess left Boconnell Lane area of the town and it is understood evidence of names and addresses in the rubbish have been found.

Drug paraphernalia was also discovered at the site close to the Silverwood gold course.

SDLP councillor Declan McAlinden praised the council workers, and said: “Thanks to ABC waste management staff for their quick response to getting ‘flytipping’ on Boconnell Lane cleaned up.

“Even better, evidence of names and address was found and they will be getting a fine for their action.”

Yesterday he slammed the despicable act.

“I want to condemn this latest incident wholeheartedly,” he said.

“Again, as we see, people doing this have total disregard of the area and residents close by. Also on the Lane, evidence was left of empty plastic bottles, which people are using to take drugs. Similar scenes were left at Bayshore picnic area recently.

“The people doing this are obviously parking here and then driving while under the influence of illegal substances and I will be contacting the PSNI to monitor the area and to try and apprehend the persons involved in this illegal trait.”