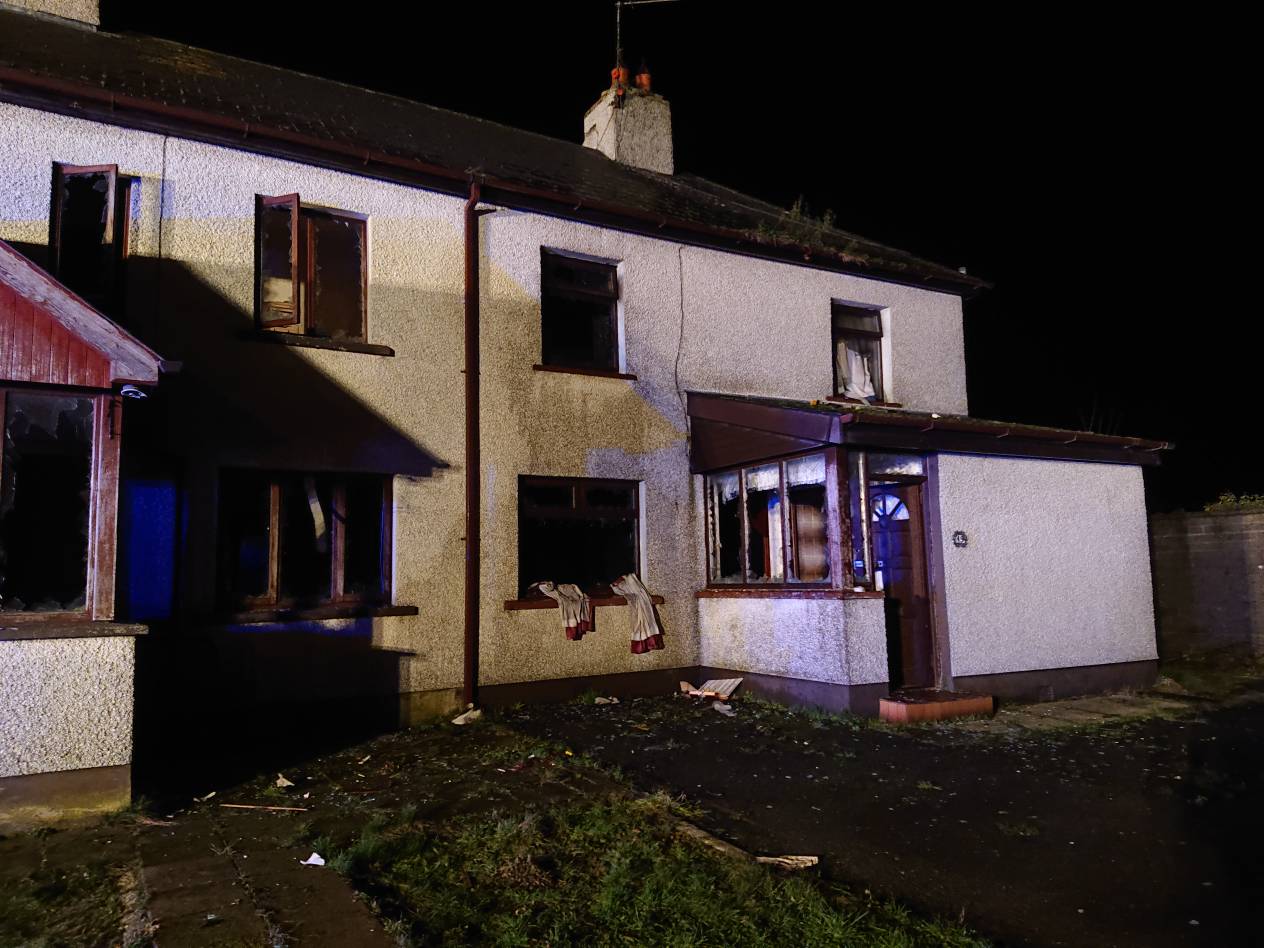 Emergency services were rapid in their response to a house fire in Dollingstown this evening (Friday).

The house, which is understood to have been unoccupied and derelict, went up in flames shortly before 7pm.

Fire crews and police were on the scene in the Inn Road area of the village within minutes.

A PSNI Craigavon spokesperson explained: “Around 6:45pm tonight, NIFRS South received a call about a house fire on Inn Road in Dollingstown, that we now know was started deliberately.

“Six minutes later, they were on scene! It may be a derelict house, however there are two main points to take from this.

“Firstly, kids were seen in the area beforehand. If they did indeed start it, then they’ve put their own lives in danger over utter foolishness.

“Secondly, two fire appliances and an officer attended this. Now what happens if there’s a bad RTC where someone needs to be cut out, or a house fire in an occupied house?

“Criminal behaviour has put the community at risk tonight, and taken our fine fire fighters away from their ability to respond quickly to where they are needed most.

“It could have been your family who were actually in need tonight, and someone out there put them at risk by their actions tonight.”