Drugs, weapons and over £20,000 cash seized in Lurgan police raid 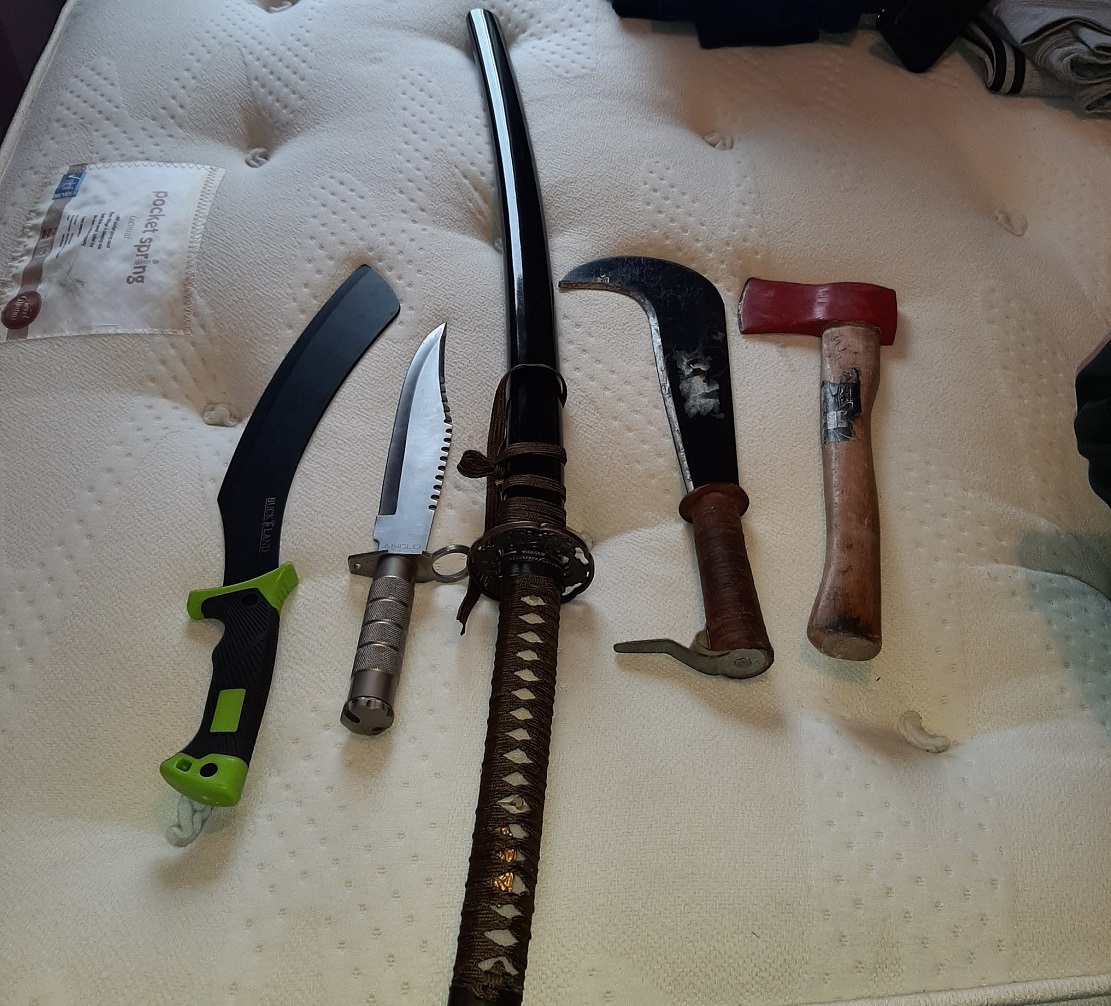 A cache of class A and B drugs, weapons and more than £20,000 in cash have been seized by police in a drugs operation in the Lurgan area.

A Samurai-style sword, machete and axe were among the weaponry seized.

One man has been remanded in custody after being arrested and charged with numerous drugs related offences.

A woman has also been arrested and is currently in custody.

Police said an active investigation is ongoing and that drugs wreck lives and devastate communities.

“We will continue to work hard in partnership with the community to tackle this issue,” they said.