Adapted bottles, bags for drugs and other items scattered over wooded area 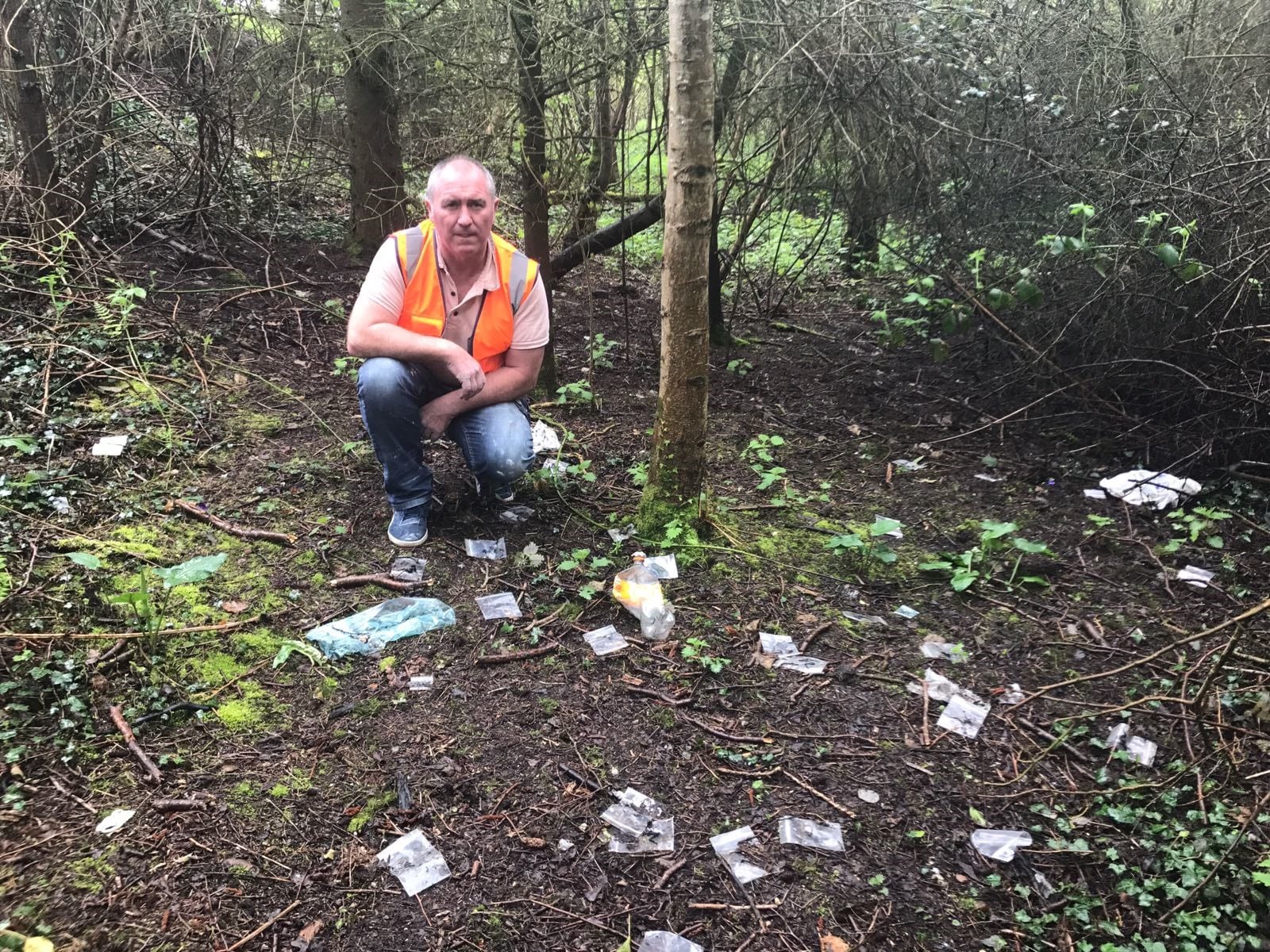 A drug den has been uncovered in a wooded area of Co Armagh.

Evidence of frequent drug use and paraphernalia associated with drugs has been found scattered in the area.

And now there have been calls for the PSNI to increase patrols in the area to combat the anti-social behaviour.

A local councillor says he will be ensuring the site is cleared and efforts made to secure it to prevent such activities.

The area in question is described as “remote”,  along the Ballynamoney Lane, just off the Portadown Road, in Lurgan.

SDLP Councillor Declan McAlinden says, with plastic bottles adapted for drug use, bags for pills and powders and other items scattered about, it can only be described as a drug den.

He said he and party colleagues visited the area in question and were “shocked by what was discovered”.

Cllr McAlinden told Armagh I : “It is unsure who is using this wooded area as a den but it has been suggested to us that this could be one of the areas used by teenagers who are dispersed from the close-by subway underpass on the Portadown Road.

“We have passed this information to the PSNI team in Lurgan for investigation and asked for regular patrols to be carried out at this location.

“I will be ensuring that this area is properly secured and cleaned up. This is a very remote place and isn’t safe for anyone during the day never mind in the darkness at night.”

If anyone notices any suspicious activity in this area, Cllr McAlinden has urged them to contact the PSNI on the non-emergency number 101.