Planning for a wedding and excited with their perfect pad, Aislinn and Seamus were dealt a cruel blow when it was broken into and set on fire 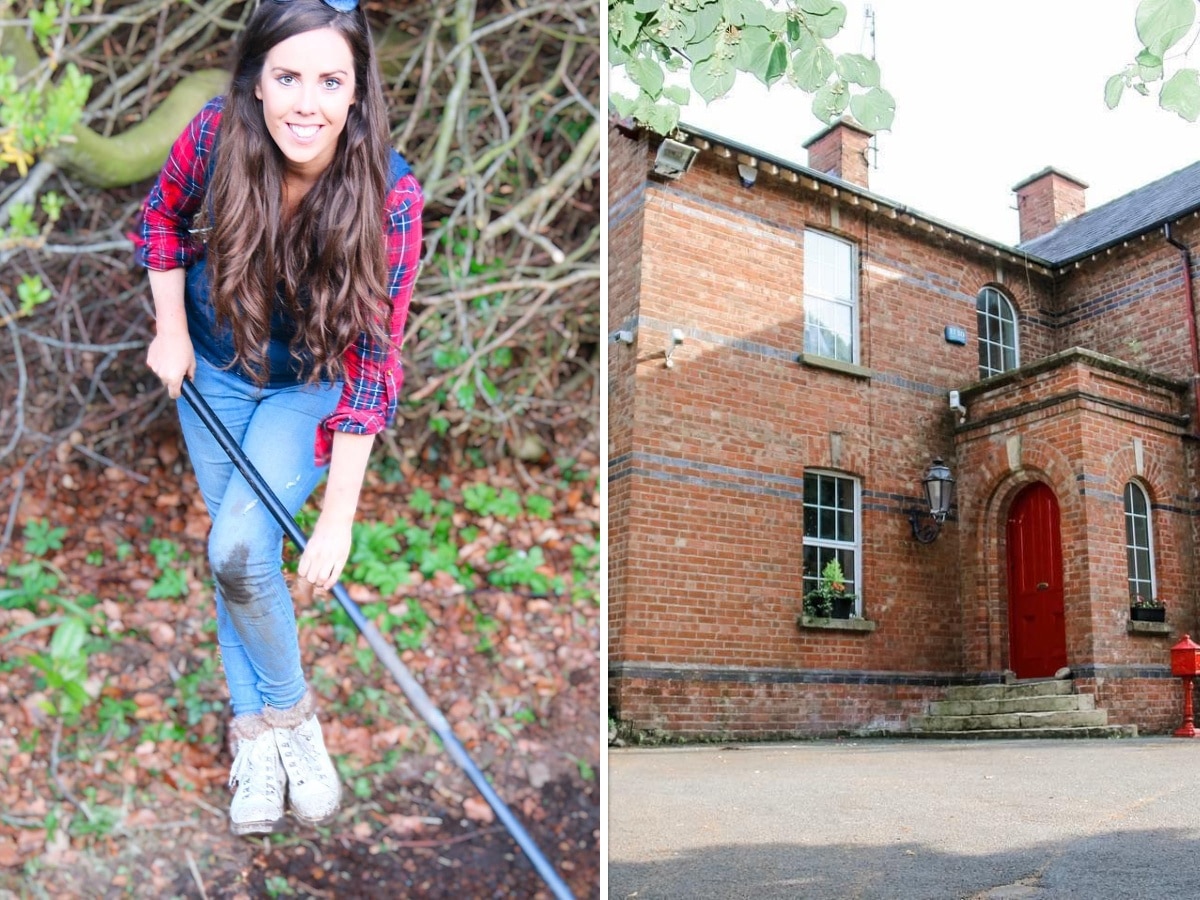 We all have the picture of what our dream home will look like, but one Co Armagh woman has set out to make her vision a reality.

And it has been a labour of love ever since!

But as the 35-year-old video journalist explained to Armagh I, this move to the perfect pad did not go strictly according to plan.

“Shortly after we bought the house, we were broken into and two teenagers set fire to it,” she said. “It destroyed the living room, the dining room, the kitchen, the study and then a bit of the back of the house.”

Having to save for the small matter of a wedding, the couple would not be able to move into their new home for another two years. Aislinn said: “We are only getting to doing it all up properly now. We needed all new electrics, new heating and to fix the roof, all the stuff that you don’t actually see.

“It is only now that it is starting to look like a home but we still have tons and tons to do, but we are getting there, slowly but surely.”

From Belfast originally, in her youth Aislinn had lived in an old red brick Victorian-style home until moving to a new build in Lurgan with her parents at the age of 16.

She confessed: “I always loved the older style home, so when it came to buying my own house, I knew I wanted to go back to that. We just came across this house by pure chance.

“The family had it up for sale as the father had passed away and they wanted it sold quickly because they didn’t want it to go into disrepair, so it was really only a matter of months and it was ours.”

Unlike many of us, Aislinn was not one to put off any of the DIY required around the house and wanted to do as much of the work as possible herself.

“I always loved DIY, ever since I was young,” she added. “My grandad, he actually just passed away in October, he was a great handyman and I would have spent summers helping him.

“The boys in the family had no interest but I was always out in the tool shed helping him, so now I have my own house, I am doing it all myself.” Aislinn is not completely alone in carrying out the multitude of tasks, she has enlisted the help of her father, Gerard, and her husband, although she joked that he would much rather be playing golf.

“My dad is a businessman, not a tradesman, but he was always handy, and then my mum was like the interior designer. He’d be painting and she would be hanging up pictures behind him so I think I got it from them too.”

“Next year, I really want to do it properly, trying to get on Instagram. I have loads of footage but it is about putting it together, it is hard to be dedicated as editing footage is also my job.

“I have some great time lapses. I often forget how bad some of the rooms were so it is also good for me to document it as I go along.”

Whilst carrying out the work on the home, many secrets and hidden stories from the past have revealed themselves.

Giving some background, Aislinn explained that the property was built by the Brownlows of Lurgan, as a Presbyterian manse, with Lord and Lady Lurgan’s names appearing on the deeds.

The ministers of the church had resided at the address from 1876 up until around 1960, and since that time only two other families have lived there.

“I am trying to bring it back to what it was,” she explained. “I would love to find some old pictures of it but I have had no luck yet.”

It has been a fascinating journey and Aislinn shared how one little interesting piece of history came to light quite by accident. “On the front door, a little piece fell off,” she said. “I thought it was just rotting but it was sitting on the windowsill for ages.

“But whenever I opened it, it was actually a secret compartment which was inscribed Joseph Hull 28 June 1878. So he was the man that made the door. A bit more research in the archives revealed that around that time a man by the same name owned a shop in Lurgan town.”

Aislinn quipped that once the prior occupiers had been a bookmakers but she had not been lucky enough to find a lodgement book hidden under the floorboards!

Last year, the Lurgan woman was also one of 30 chosen to take part in an RTE television show The Big DIY Challenge, hosted by PJ Gallagher. She said: “Myself and one other person from up north got onto it. Ten days to do up a room, I did the study, I made a bookcase, restored the fireplace and upcycled furniture.

“I didn’t win it but I won my week online. It was so fun to do, that is the dream to have a TV show and be a TV DIY presenter!”

To check up on Aislinn’s progress or to get some handy tips for around the home, you can check out Dream DIY on Facebook, Instagram or on her website.