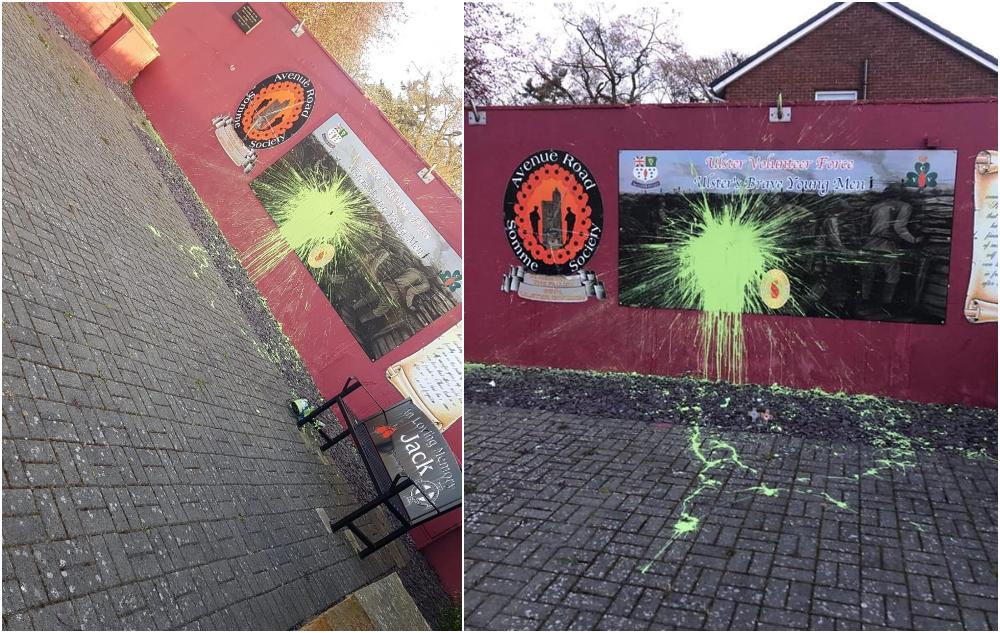 A World War I memorial in Lurgan has been covered in paint by mindless vandals in what has been described as an attempt to goad locals into a reaction.

The 1916 Somme memorial wall on Avenue Road was targeted with bright green paint under the cover of darkness.

The Avenue Road Somme Society said the mural is once again “the easy target to another sectarian attack”.

“These people have nothing to offer society and have obviously no form of education to destroy this.

“There is also a memorial seat in the area for a past band member, how low can these people stoop.

Upper Bann DUP MP Carla Lockhart commented: “Some people would appear to be trying to goad locals into a reaction and I would appeal for calm heads.

“This is a disgusting attack last night on this historical mural.

“This has been in situ for many years and is an easy target given its location. This is not the first time this has happened but I know whilst angry about this loutish attack it will be restored again. Those who who attacked it are clearly trying to stoke tensions in the area.”