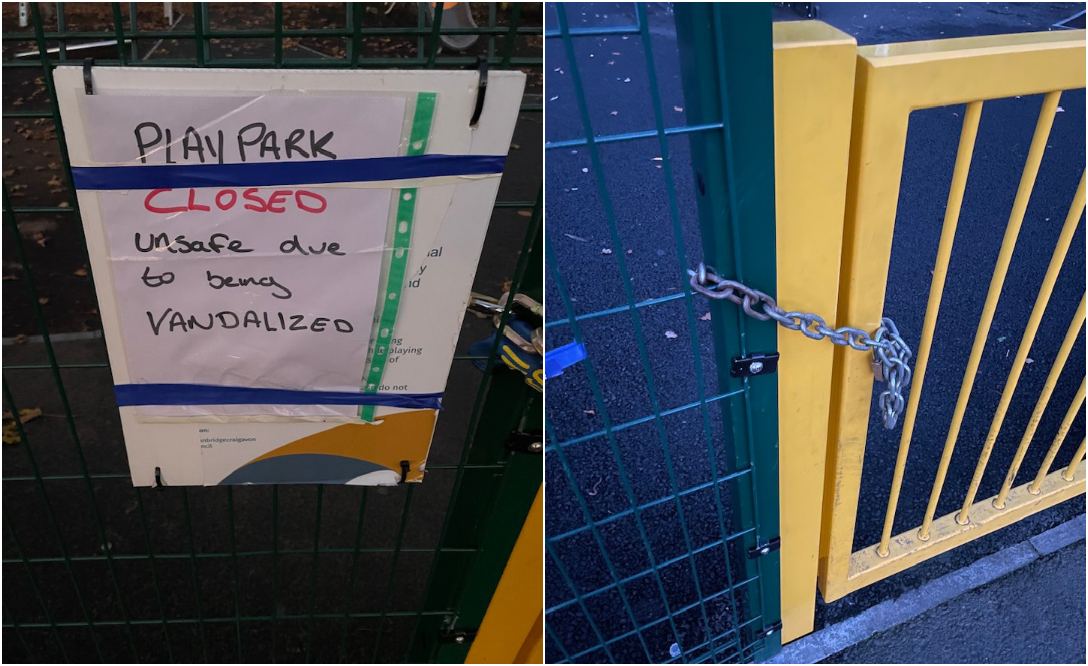 Council have been urged to “instil fear” in the yobs constantly vandalising the new children’s play area in Lurgan Park.

The play area was closed all day Saturday and Sunday after it was targeted on Friday night – the latest in a series of incidents since its opening earlier this year.

DUP Alderman Stephen Moutray has demanded action be taken to “try and turn the tables” on those responsible.

“It was drawn to my attention at the weekend that the new playground in Lurgan Park was closed all day Saturday and all day Sunday and given the fine weather that we had at the weekend, it was a shame that children weren’t able to access it,” he said at a full meeting of Council on Monday night.

“This really concerns me. I spoke to a number of staff who indicated that there are regularly young people in the park after hours; it’s closing at six o’clock at night now.

“I think we need to try and turn the tables here; there needs to be an element of fear for the young people that are going in and vandalising the children’s playground and I would just ask that officers take this on board and do what they can in relation to help the park staff but also there needs to be an involvement of the PSNI here, because it’s unacceptable.

“When you come to a weekend like we had – the weather was beautiful all weekend – and I know of one pair of grandparents who came from Monaghan to take their grandchildren down to the park only to go down and find the playground closed, it is quite shameful and that needs to be dealt with.

“We need to take the upper hand here and instil a little bit of fear onto the folks that are doing this in the park.”

Ulster Unionist Councillor, Louise McKinstry, agreed with Alderman Moutray’s comments, adding: “It’s such a shame that this beautiful park in our borough, and the money that was spent on updating the play equipment there, that this isn’t the first incidence of vandalism on the park since it has been reopened.

“It’s just so frustrating. And I know as elected members we have met with the PCSP to discuss ways of tackling antisocial behaviour in the area, and really, it’s just so disappointing and frustrating that this continues to happen.”

Alliance Councillor Peter Lavery queried when Council would repair the in-ground trampoline which has been out of action since the summer due to vandalism.