The 73-year-old was away watching his beloved Man City 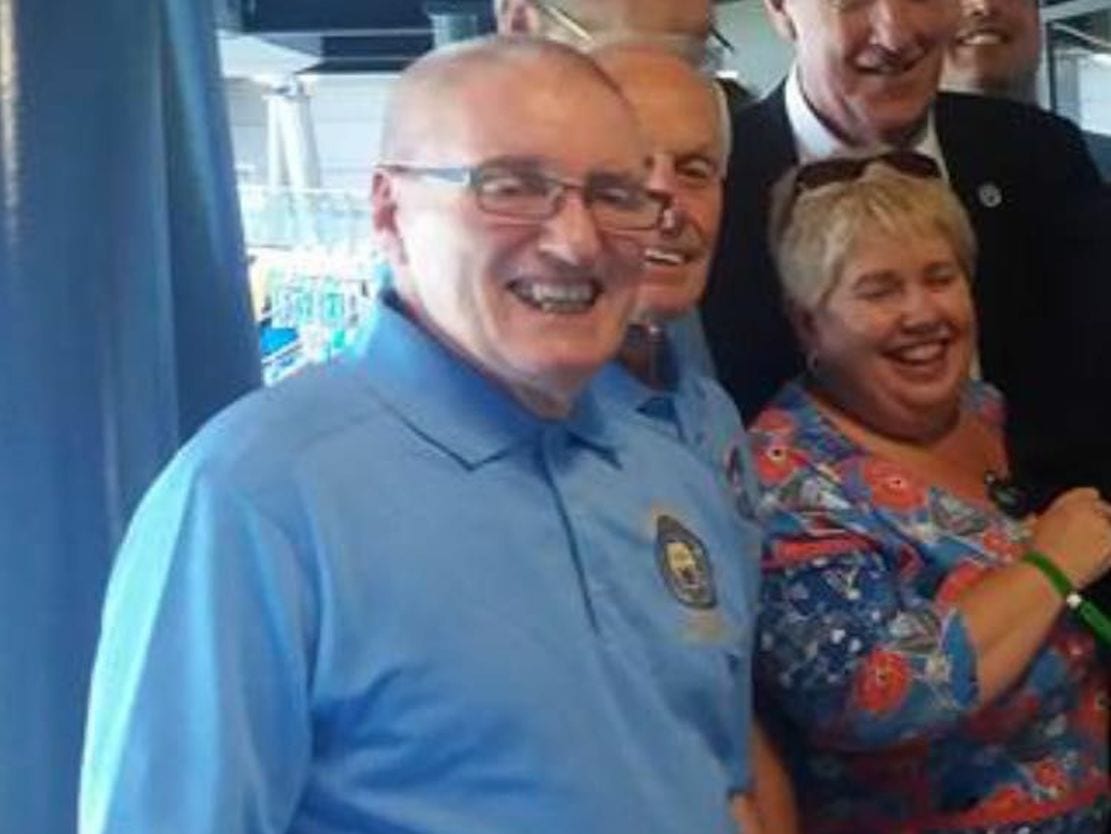 A county Armagh man who died in Liverpool while on a family trip to watch his beloved Manchester City will be laid to rest today.

Jerome McAreavey, 73, from Lurgan, suffered a heart attack while away with his son Johnny and two young grandsons last weekend.

It is understood he collapsed at a bus station in Liverpool on their way back home following City’s 5-0 victory over the reds last Saturday, September 9.

“One of our club members Jerome McAreavey has suddenly passed away after collapsing at Liverpool station en route to the airport on his way home from the Man City v Liverpool game.

“The Gilford Club have lost someone special.

“Jerome you were one in a million sir… an absolute gentleman who looked after everybody at games, generous, no fuss, a bubbly wee character, who loved City and his hometown club Glenavon FC, and who just simply loved getting out and about wherever he went!

“An absolute pleasure to have in our club, and will be sorely missed by all the members, friends and those that knew him. Condolences to all the McAreavey family circle at this sad time.

“It is with great sadness that we have to record the passing of another of our life life-long supporters with the sudden death at the weekend of Jerome McAreavey,” they said.

“It is understood Jerome suffered a fatal heart attack on Saturday afternoon when returning to Liverpool Airport after seeing his beloved Manchester City in action at the Etihad Stadium.

“A dedicated member and Treasurer of the William Walker GSC, and a regular supporter at all our games, Jerome was instrumental in producing the souvenir booklet which celebrated the Walker Club’s 50th Anniversary in 2015.

“Condolences are sent to his family and friends at this very sad time.

Mr McAreavey will be buried at St Colman’s Cemetery following Requiem Mass at St Peter’s Church in North Street in Lurgan this morning.