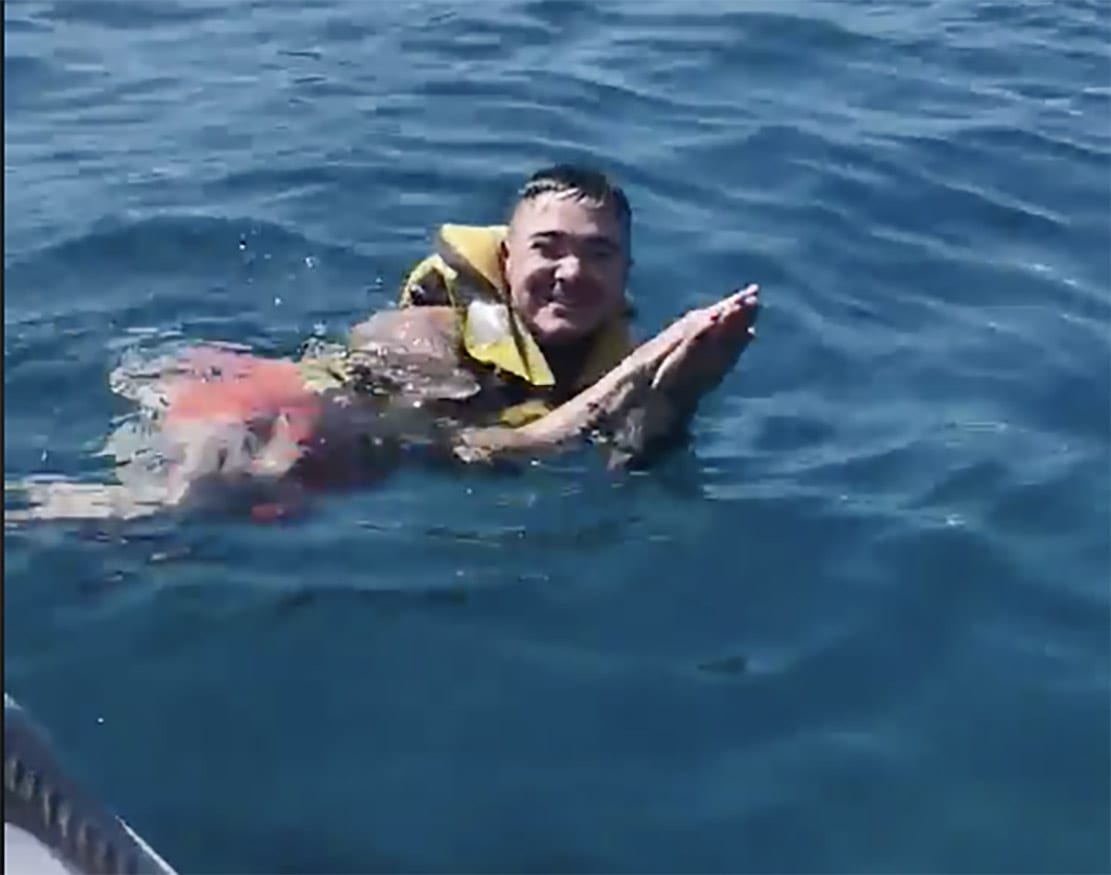 His hilarious take on the ‘love it or loathe it’ fad is all the more special as it’s performed in water.

With every possibility of a REAL shark popping up to see what all the fuss is about.

But he does not seem fazed and takes it all in his stride.

Ciaran and his mates were in Santa Ponsa, not far from Magaluf in Majorca, where they were celebrating his 30th birthday.

The Baby Shark fan performs all the actions – baby, mommy, daddy and grandma – as he floats alongside their yacht.

The footage was taken by pal Wayne Toman, who shared it on social media and it is going down a storm.

And we have to agree with his sentiments, when he shared it saying: “I don’t care what anyone says this is the best baby shark I’ve seen.”