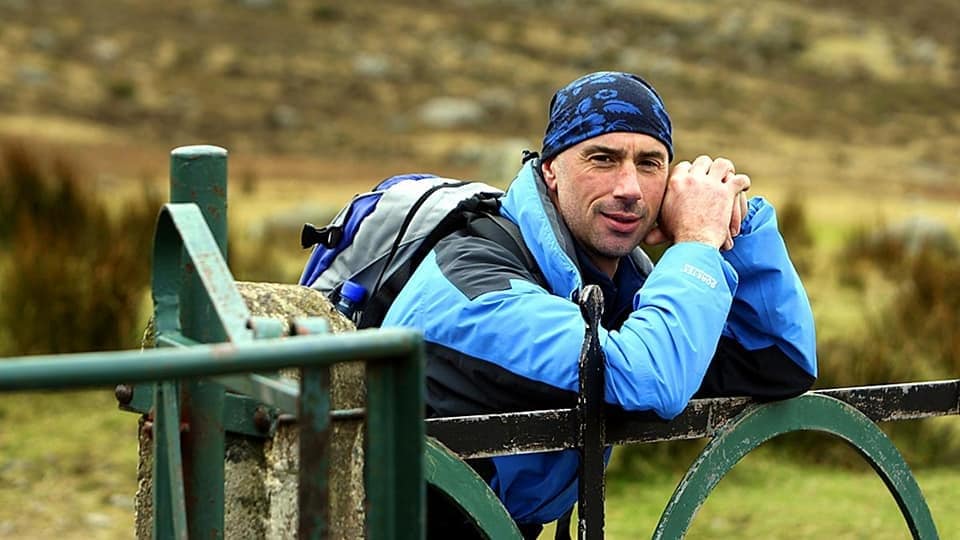 Tributes have been paid to Co. Armagh man and BBC presenter, Darryl Grimason, who sadly passed away earlier today (Thursday) following a period of illness.

Announcing Mr Grimason’s passing, his brother Stephen said: “My wonderful brother Darryl Grimason passed away this morning. A naturally gifted broadcaster, he presented and produced many natural history documentaries on BBC Northern Ireland, many still being rerun. He had a simple credo – ‘born to fish, forced to work!’ RIP baby bro.”

Darryl, who lived in Dollingstown with his wife Karen and children Kirsten and Erin, was a former Belfast Telegraph journalist, BBC broadcaster and author. In 2019, Darryl also produced the BBC One NI documentary ‘Life And Death On Heroin’

Darryl’s passing has prompted an outpouring of grief across the media landscape from fellow journalists.

“Darryl was a joy to work with when we started at the BBC and I have so many fond memories, she wrote. “His film about heroin was exceptional – hugely moving and only a person of insight and empathy could have produced it.”

Barra Best also took to social media expressing his gratitude to Darryl for his guidance: “I am so sorry to hear this, Stephen. Darryl gave me great advice and guided me in making an audition tape which would lead to me presenting documentaries. I’m always grateful for his help, friendliness, and professionalism. RIP.”

A keen fisherman, Darryl was known for presenting and producing programmes which complimented his passion for wildlife, the environment and natural history as well as an archaeological series Earthworks.

One person wrote: “Such very sad news about Darryl Grimason. I had the great privilege of spending a few weeks with Darryl while we filmed Riverland for BBC NI. He had a great passion for the NI landscape, including our geology and was always interested in everything I had to say (which I appreciate not everyone is!). We had great fun during filming despite the long days and my apparent lack of canoe skills. He even managed to take the time to teach me how to fly fish in the river Blackwater!”

Reiterating Darryl’s passion for fishing and the outdoors, one friend shared a number of photos of previous fishing trips saying: “Deeply saddened this morning to hear about the death of a great friend Darryl Grimason. A fishing partner and great friend, loved fishing and outdoors. Condolences to all his family.”

An online death notice describes Darryl as a devoted husband of Karen, dearly loved father of Kirsten and Erin and beloved son of Jean.

A funeral service will be held in  Hill Street Presbyterian Church, Lurgan on Saturday December 24 at 12noon followed by a private cremation.