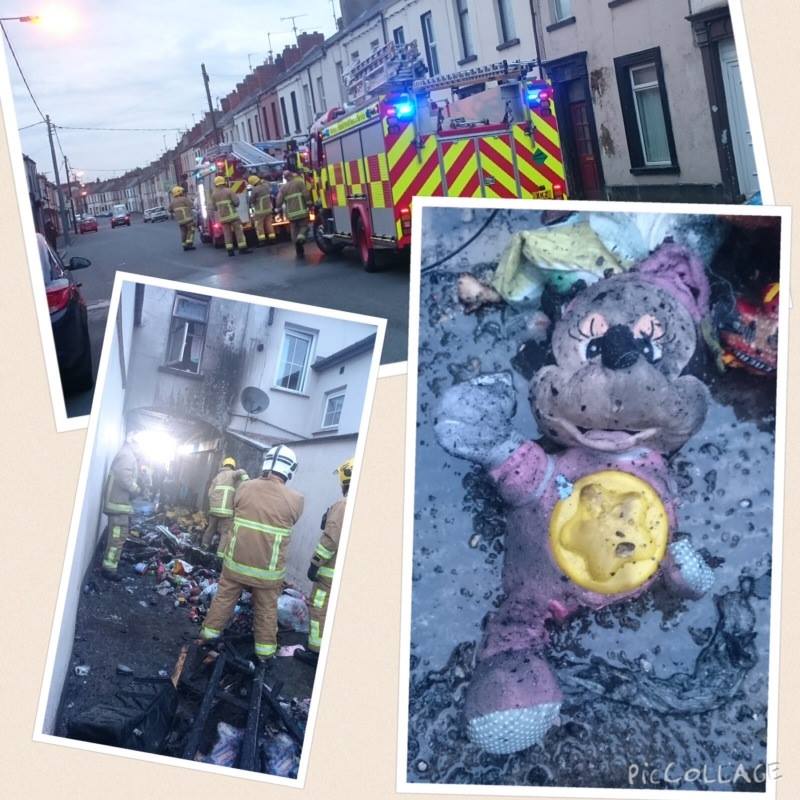 A child’s burnt Minnie Mouse gives an indication of a family’s lucky escape after an arson attack in Lurgan.

The blaze was started after 5am yesterday (Friday), morning.

Rubbish had been set alight under a child’s bedroom at Victoria Street in Lurgan.

The PSNI in Craigavon posted the images on their Facebook page as they renewed their appeal for information on a man seen in the area.

Police said: “NIFRS here were extinguishing the last of the embers, making sure nothing else could catch fire. Thanks to these guys, and neighbours, the only casualty was Minnie!

“We still want to speak to the male who we believe was in the area around 5am, described as wearing blue jeans, a grey hoody with the hood up and a dark coat over the top. If you saw anything or know anything, call us on 101.

“We want to get justice for the victims, and we need your help to do so.”