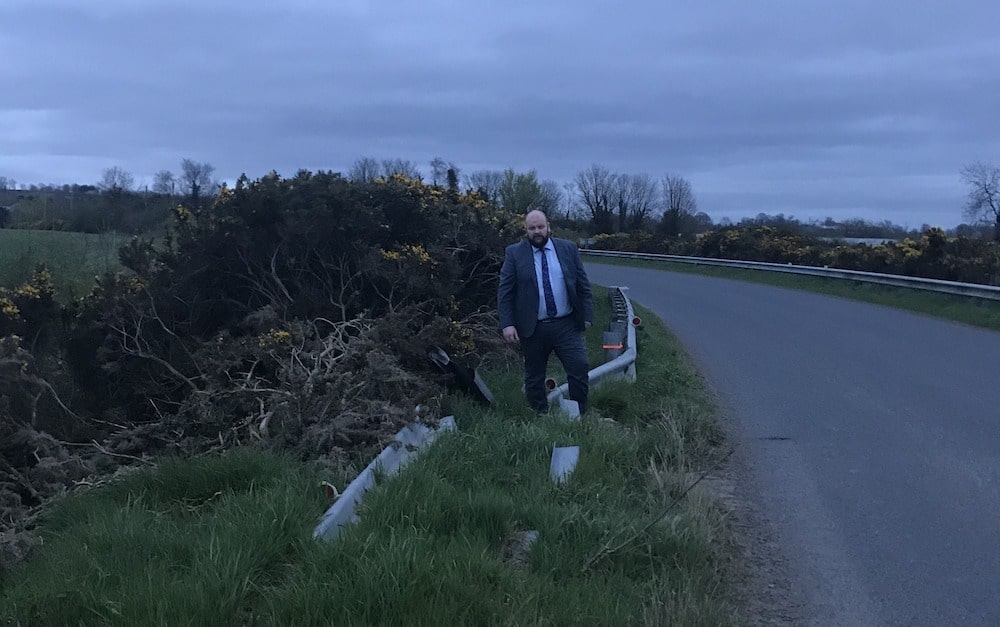 The DUP group leader on Armagh City, Banbridge and Craigavon Borough Council has called on the Department for Infrastructure to reinstate a crash barrier in a Co Down village.

Speaking to the Local Democracy Reporting Service, Councillor Mark Baxter told how the village of Donaghcloney is no stranger to its share of accidents and explained how the lack of a replacement crash barrier ion the Lisnasure Road is putting road users at unnecessary risk.

“The Lisnasure Road in Donaghcloney has seen its fair share of accidents over the years,” said Councillor Baxter.

“Unfortunately, one of these resulted in the crash barriers on one particular bad corner being destroyed some time ago and there is quite a fall from here into an adjoining field that puts motorists at more risk than perhaps is necessary.”

Councillor Baxter says he has been in touch with the Department for Infrastructure’s Roads Service but has had no confirmation as to when the barrier will be reinstated – something he feels needs to happen sooner rather than later.

“I am calling on Roads Service to fix this as quickly as possible,” he said.

“I have been in contact about this issue with Roads Service previously but have had no indication as to when this work will be carried out.

“I trust it will be rectified soon, before there is another accident. Residents who have contacted me are quite rightly concerned about this matter and I trust it won’t be long before Roads Service acts to address this potential danger.”

A spokesperson for the Department for Infrastructure said: “The Department is aware of the damaged barrier on the Lisnasure Road, Donaghcloney.

“Appropriate remedial action will be taken once the necessary resources become available to carry out the work.”