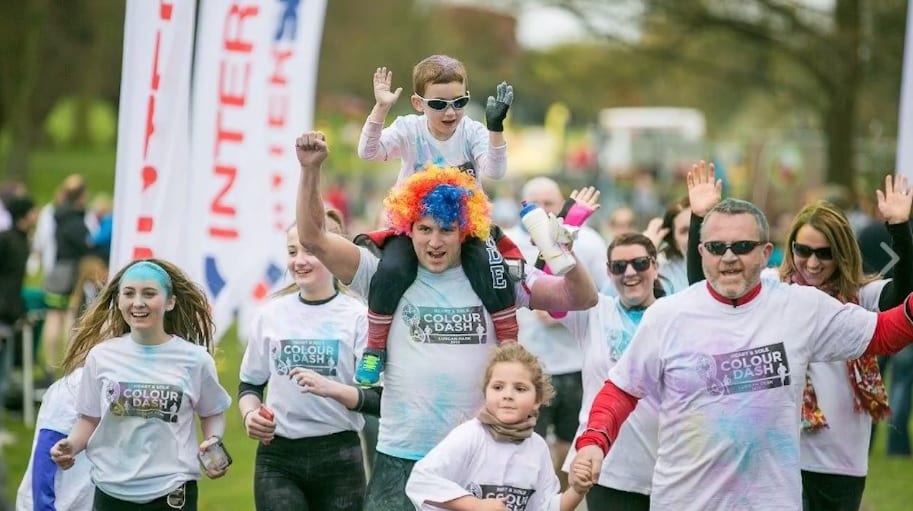 The ‘Heart and Sole’ Colour Dash is to become an annual event.

The run, which was held in Lurgan Park in April, raised over £4,000 for the British Heart Foundation.

It sold out within hours after Armagh I revealed plans for the inaugural event.

The idea was conceived at a meeting of the Craigavon Heart Town Steering Group, as a fun way of encouraging the community to come together in physical activity whilst raising funds for the British Heart Foundation’s ‘Mending Broken Hearts Appeal’.

The cross-community event was billed as an opportunity for people of all ages, abilities and backgrounds to take part in a colourful celebration of life, health and happiness!

It saw 1,000 runners, joggers, wheelchairs, walkers and prams complete a 5k course, whilst being doused in coloured powder along the route.

Not only did the Colour Dash bring smiles and laughter to the 1,000 participants and bemused onlookers, but it raised an impressive £4,163.08 for the appeal.

Feedback has been so positive that Armagh City, Banbridge and Craigavon Borough Council are planning that the event should become an annual date.

An online survey gave some fantastic reviews of the first outing.

And tonight (Monday), at a meeting of the council’s leisure and community services committee, a proposal will be made for the event to be held each year, with proceeds going to the British Heart Foundation and another charity of choice as “deemed appropriate”.

It woild take place on a Sunday afternoon to “ensure maximum participation”.