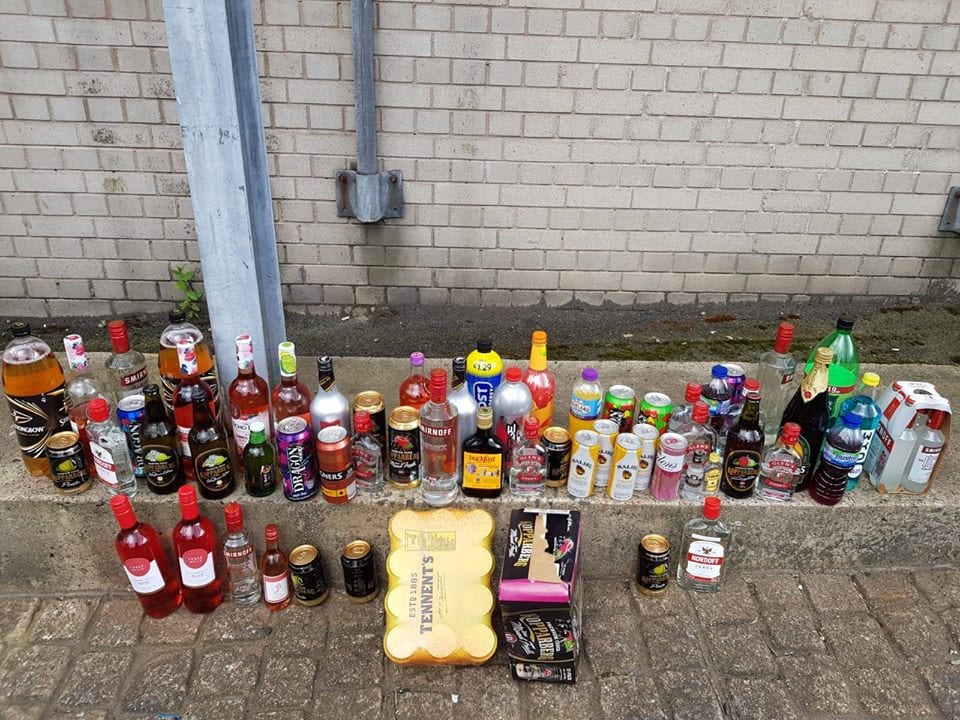 The huge haul of alcohol (pictured) was seized by crews in Lurgan last night after concerns were raised by a parent.

The booze was destined for a bus bound for the seaside.

A PSNI spokesperson said: “This was the haul after a concerned parent got in touch to tell us about a planned bus trip to a beach last night. ‘Anti banter’ you may say, but think of it this way…

“Teenagers + the dark + the sea + a load of drink = potentially really bad craic and death. So…we sent our guys down to the buses.

“In fairness, the teenagers were 100%, no issues at all, but there’s still the issue of underage drinking and safeguarding to attend to, which we did.”

Police also responded to comments questioning the bus company for their part.

“If they’re knowingly allowing them to then fair enough, but it’s not always practical or fair to expect one driver to search the bags of every child getting on board,” said the spokesperson.

“If they’re carrying a crate under their arm, fair enough, but most will have ruck sacks and the like.

“This is down to off licences and more importantly parents. They get it somewhere!”