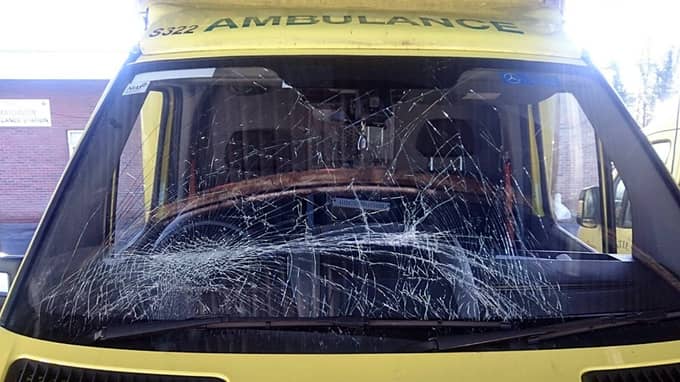 An ambulance crew was attacked overnight in Lurgan as they tended to a stabbing victim.

The incident happened shortly after midnight, when a man smashed an ambulance windscreen with an oxygen cylinder that he took from the vehicle.

PSNI were on scene and dealt with the incident, however, the vehicle has been decommissioned until next week as it gets repaired.

A second incident occurred in the early hours in Belfast, with an ambulance worker assaulted by a patient.

John McPoland of the Northern Ireland Ambulance Service said: “We will continue to call for the full rigour of the law to be applied against anyone found guilty of such attacks and we note, and welcome, the custodial sentence passed down during the week against one such individual in Coleraine – albeit pending an appeal.”