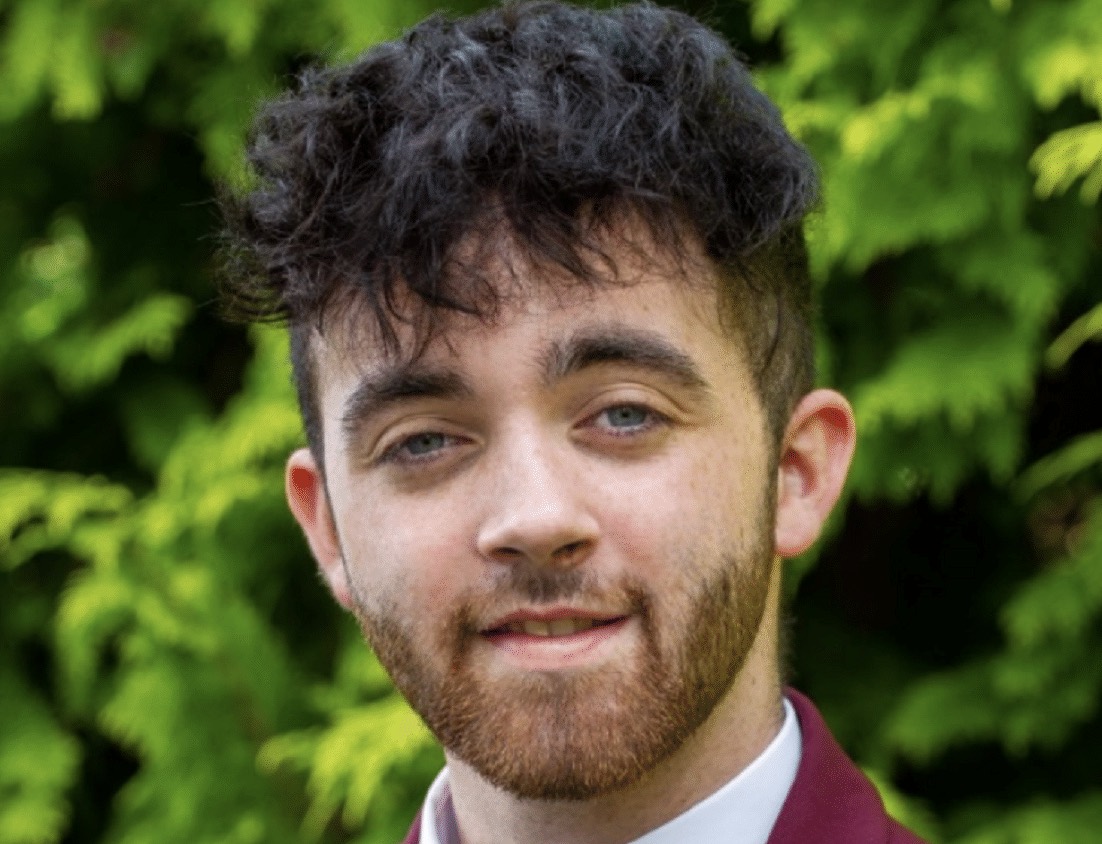 A student who has had to battle ill health after being diagnosed with the debilitating Crohn’s disease will be fulfilling a long-held ambition to go to university after gaining three Bs in his A-levels.

Shay Patton (19), a pupil at St Ronan’s College in Lurgan, is off to Queen’s University Belfast in September to study International Relations and Conflict Studies.

The teenager only moved to St Ronan’s in Lower Sixth year so, as well as having to adapt to a new school, he, like his new classmates, also had to deal with the stress of studying under lockdown.

Shay, who is originally from Letterkenny but moved to Lurgan in 2013, was in his GCSE year at Wallace High School in Lisburn when he was first diagnosed with Crohn’s, a lifelong and incurable condition where parts of the digestive system become inflamed.

He was initially taken into hospital with severe pain and had his appendix removed only for doctors to discover that the problem was, in fact, Crohn’s disease.

Shay ended up in surgery a total of three times during that period, after developing a hernia on the operation site and then contracting the ‘superbug’ MRSA.

“The wound was infected so I had a bag over it for about three months that was draining the blood out,” he explained. “I ended up having to repeat the school year because I missed so much.”

Shay was also admitted to hospital in March this year for several weeks, after he began feeling ill at Christmas and different oral medications failed to work.

With the A-levels looming, he took part in classes via Zoom, and was over the moon when he received his results on Tuesday.

“I’m on immunosuppressant biologics injections every two weeks now and they are helping,” he said. “I haven’t had a bad flare since I started them about a month-and-a-half ago so I am hoping for the best.

“I think the mental pressure and the side effects of lockdown on my age group have been really significant. Everyone went into lockdown one person and is coming out a completely different person.

“We were under extreme pressure learning-wise and I would say it did have an effect on my health because stress makes Crohn’s worse.”

Unfortunately, Shay’s illness has meant that he has had to give up rugby – a sport he played since he was four and which took him into the first team in Wallace and to playing at a semi-final in Ravenhill Stadium.

However, the teenager, who works part-time in Lidl in Portadown, is looking to the future and has a clear idea of his ideal career path.

“I want to work with a big corporation or charity like the UN, WHO or Unicef and hopefully get involved in international relations, specialising in conflict studies in war-torn studies. That’s the dream anyway,” he said, adding that he hopes to complete a year of his degree in the USA or China.

Despite only spending a couple of months physically in St Ronan’s due to coronavirus restrictions, Shay, who was deputy head boy, enjoyed his time at the school and has nothing but praise for the staff and his fellow pupils.

“Even in those couple of months in first year, I made friends and settled in very quickly. It was a very welcoming environment,” he said.

“All my teachers, especially my history teacher, went out of their way to do everything for me and the other students. They understood the mental side effects of the coronavirus and they tried their absolute hardest to get us through our exams.”