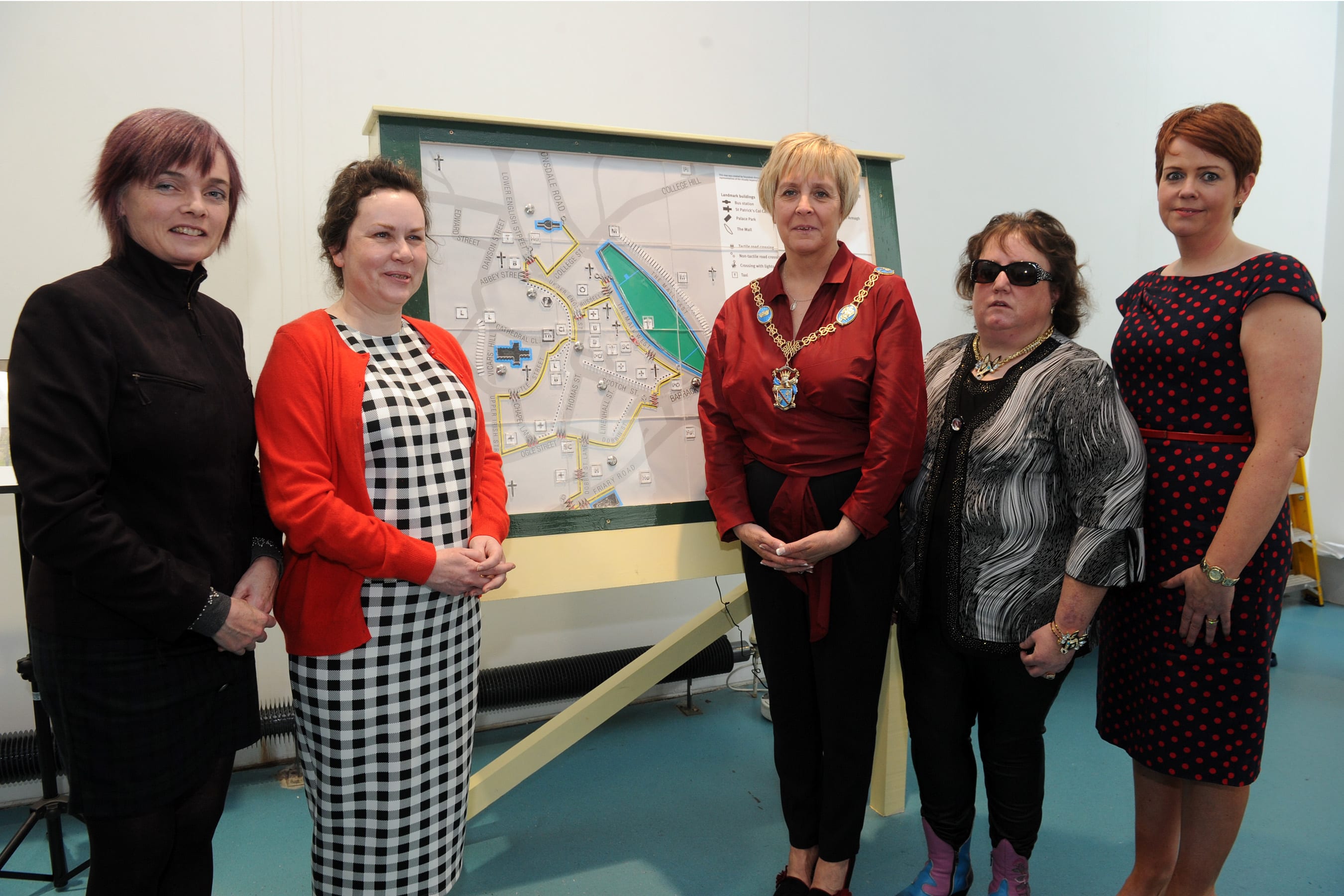 The map designed through a collaborative process reflects the concerns of local visually impaired adults and the challenges faced by them in negotiating the streets of Armagh.

The map identifies a safe walking route as well as locating local services and places of interest.

The tactile element of the map has been designed in association with the Braille unit at HMP, Maghaberry with additional input from Paul Rogers of Clounagh Centre, Portadown.

The frame for the map has been built by The Men’s Shed, Armagh with some guidance from the SRC. Paul Eliasberg has had a large input into the colour underlay of the map and final assembly. The large tactile map in the Market Place Theatre contains audio buttons and with its colourful map underlay and tactile map overlay is intended for use by both sighted and non-sighted. It outlines a safe walking route in Armagh City. Highlighting safe crossings it indicates whether these use traffic lights.

Four landmark locations are used to indicate the boundaries of the walk: the Bus Station to the north, the Palace Demesne Park to the south, the Church of Ireland Cathedral to the west and the Mall to the east. The key of the map is visual and in Braille as well as having an audio component.

Seven audio buttons inserted along the walking route use the themes of transport, tourist attractions, culture, churches, services, shopping and food to provide basic information. In addition the audio buttons provide a complete set of spoken directions to take you from the named location of one button to the next around the safe walking route in an anticlockwise direction.

For those with no sight it is recommended they use this map in conjunction with the additional A4 size handheld tactile maps of 8 sheets. Each sheet has the outline of the safe walking route and crossings with the 4 landmark compass boundary locations marked plus the mapped information from one theme.

Sally Walmsley, Creative Practitioner, Soundmor, directed and facilitated the project. Sally specialises in community sound art projects with practical outcomes and is very aware of the challenges visually impaired people face in getting around safely and independently having worked closely with people with sight loss on previous community projects.