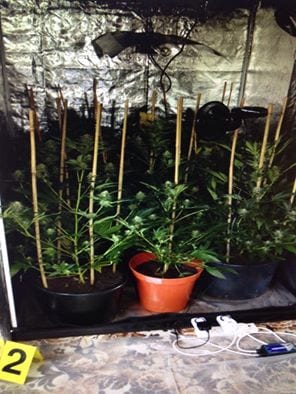 Police have shared a photograph of their latest success story in the fight against drugs.

Fifty-two cannabis plants in all were seized by the PSNI in Newry and Mourne during a planned search of a property in the Ardaragh Road area of the city.

The search was conducted yesterday (Monday).

A 44-year-old man was arrested for possession of Class B with intent to supply and being concerned in the cultivation of cannabis.

A 48-year-old man received a caution for possession of Class B drugs.