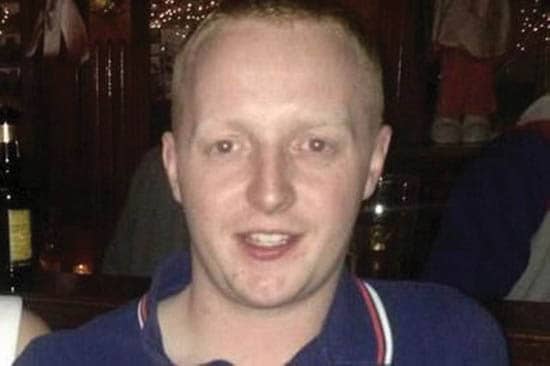 The father of a Newry man, who died in a hit and run in New York two years ago, has offered the help of a fund the family established to bring the remains of the young people killed in the Berkeley balcony tragedy home.

Six people died when the balcony of the fourth floor apartment collapsed during a 21st birthday party.

Five of the victims were from Ireland, while the sixth had been living in the United States.

Colin and Eithne Bell lost their son Kevin, in June 2013, when the 26-year-old was killed in a hit and run accident in the Bronx district of New York.

The Trust is an all-Ireland charity which has crossed all divides to provide assistance to families in need.

In its own words, The Kevin Bell Repatriation Trust aims to alleviate the financial hardship of bereaved families repatriating the body of a loved one, who has died abroad in sudden or tragic circumstances, back to Ireland.

Kevin was a talented footballer, a proud Down man, with connections to the Mitchel’s Club, and to Killeavy through his association with Irish Dancing.

After his shocking and untimely death, the locals in Newry organised a fundraiser to repatriate Kevin from New York.

In one night £42,000 pounds was raised, with much more money having been raised since.

Kevin’s parents, Collie and Eithne, made a decision to set up a trust in his memory to help other families with the financial expense of repatriation of loved ones that would die abroad.

Now the family want to help with the repatriation of the young victims of the Berkeley tragedy.

Olivia Burke, Eimear Walsh, Eoghan Culligan, Niccolai Schuster and Lorcan Miller, were all aged 21, and from Ireland. Twenty-two-year-old Ashley Donohoe was an Irish-American from Rohnert Park, which is north of San Francisco.

Colin and Eithne Bell have contacted the Irish Department of Foreign Affairs to offer the assistance of the Kevin Bell Repatriation Trust, which they manage.

They spoke to RTE’s Liveline and told the broadcaster that the Department had been instructed to inform the families that “the funds are there to bring their children home”.

Colin Bell, speaking two years since the death of his own son, told RTE: “When Kevin was killed, the people of Newry helped to raise a massive amount of money to him bring him home. We’ve been using it to help other families whose love ones have also died abroad.”