Several others were injured in shocking incident 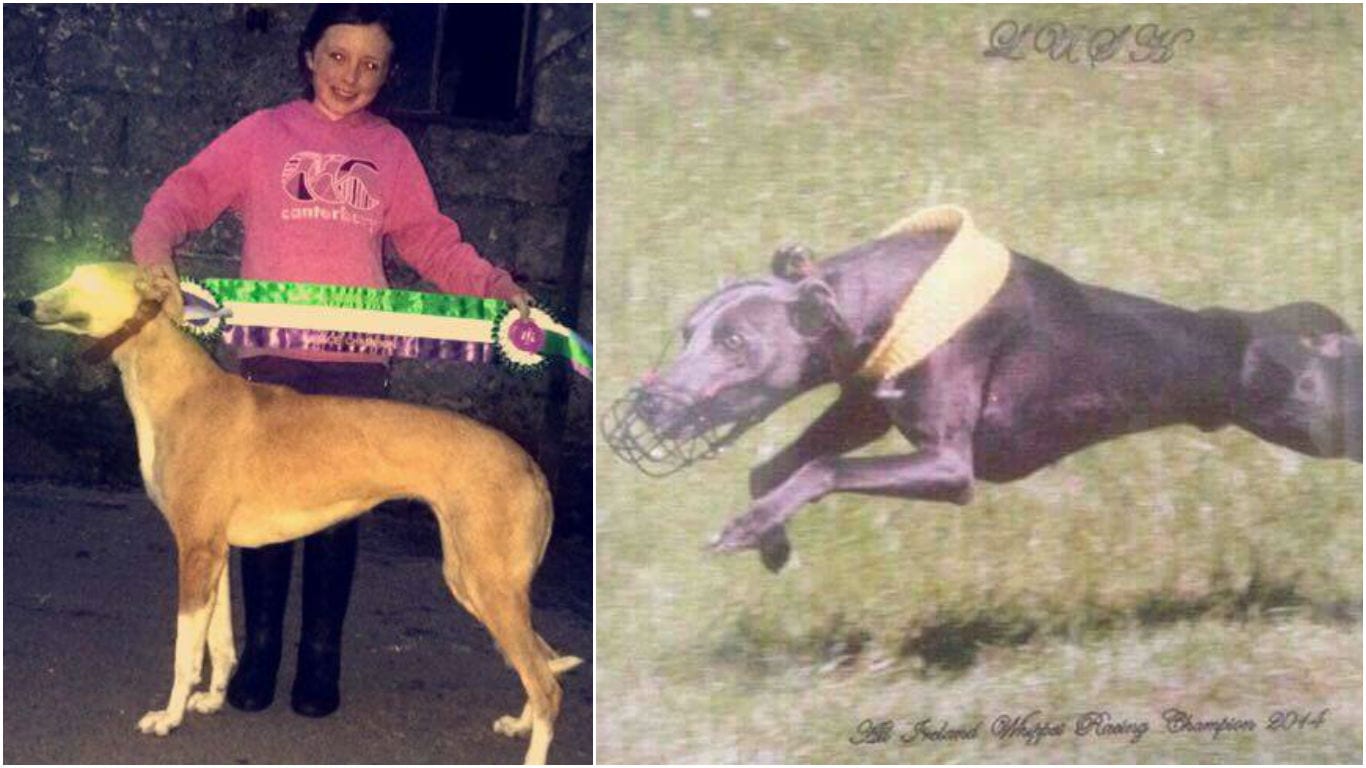 A heartbroken Co Armagh woman says she has been left “empty” after four of her beloved prizewinning dogs were killed in a botched burglary over the weekend.

Charlene Rafferty and her young family woke up to discover the horrific scene early on Sunday morning.

Several other dogs in the pack, which included greyhounds, whippets and Lurchers were injured, while one was stolen on the outskirts of Keady.

One of the dogs that died was a three times All-Ireland racing whippet champion, unbeaten both north and south of the border.

However, just over 24 hours after the theft, the missing dog was anonymously returned to its grateful owner.

“It’s just heartbreaking, how someone can be so cruel,” a despondent Charlene told Armagh I.

“I’m just empty; that’s the only way of describing it.

“Unfortunately I don’t think they will ever catch those responsible but what upsets me the most is that the dogs would have been so scared and I wasn’t there to help.”

She added: “I think it’s someone that probably knows me and the way my kennels are laid out to do what they did.

“Although it won’t bring the rest back, I just want the police to catch the scum for doing this, that’s the main thing now.

“I’m just so so heartbroken!”

If you have any information that can help police with their investigation, please contact the non-emergency number on 101.