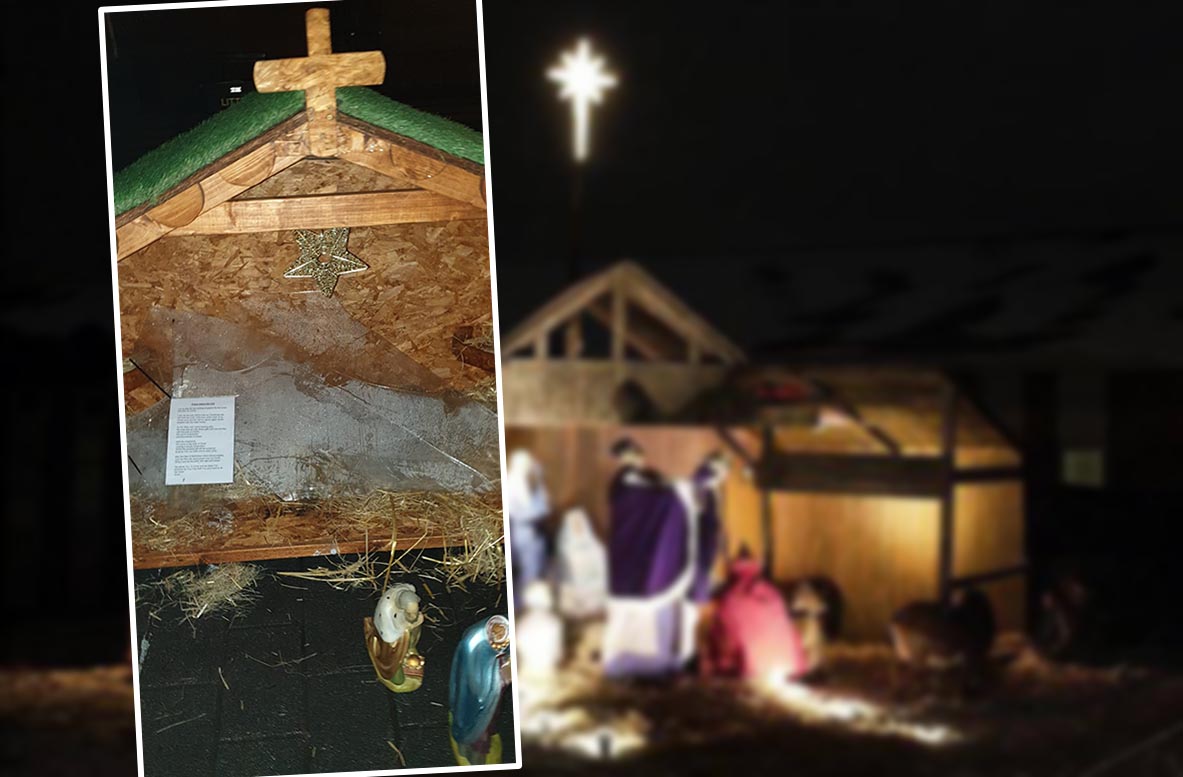 Mindless vandals targeted and vandalised a nativity scene in Keady overnight on Friday.

The crib, next to the town’s Christmas tree, had one of the figurines broken and perspex covering smashed.

The criminality has been met with revulsion in the community, however, those behind the crib say it will be fixed and put back on display.

One person, speaking to Armagh I, said: “The figures are broken but fixable. It will be back up as soon as possible. People are raging.

He added: “This was a cross community effort and it serves as a reminder that Christianity is under attack all over the world.

“The work was done by the Men’s Shed and the materials donated by local businesses.

“It’s hoped that a collection can be made to make it better next year and that people will rally in support of the efforts of the men involved. There may be cctv footage of the culprits too so hopefully that shows up something.”